Route of the Week:
Indonesia AirAsia’s Denpasar/Bali to Darwin Arriving passengers on Indonesia AirAsia’s first flight from Darwin to Denpasar were given a traditional Balinese welcome; garlands (flower necklaces).

Cake of the Week:
China Airlines’ Taipei to Auckland via Brisbane With this amazing globe cake of the Taipei 101 and Auckland’s Sky Tower to celebrate China Airlines’ return to New Zealand, Auckland Airport won us over. Simon Moutter, CEO Auckland Airport, led the celebrations with representatives from the airline. After the ribbon was cut to inaugurate the route, boarding passengers were given goody bags by the airline dignitaries. 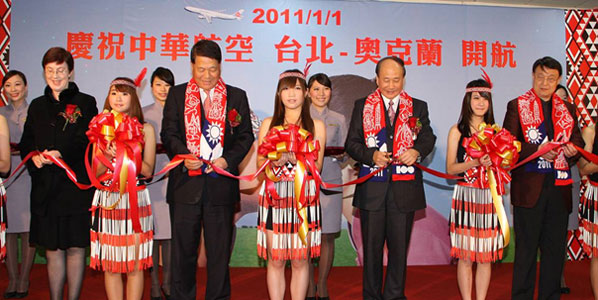 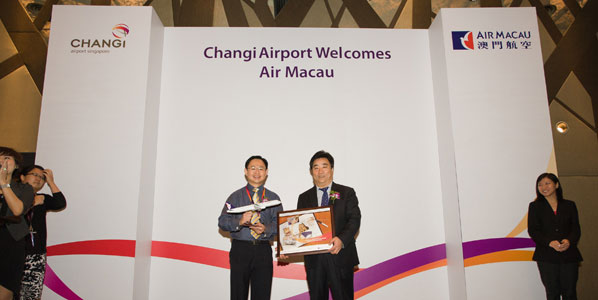 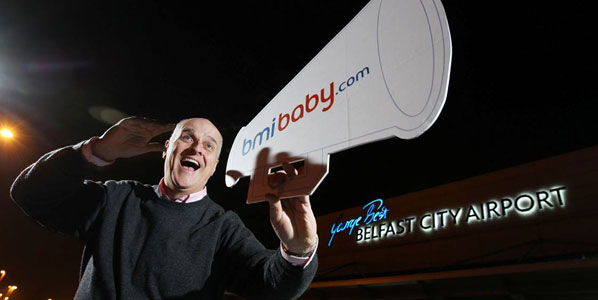 Celebrating bmibaby’s move to Belfast City was Peter Dickson, native of Dundonald, Northern Ireland and famous as a voiceover talent from the TV show X-Factor. Peter has recorded some on board announcements for bmibaby that will be played on flights to and from Belfast City Airport and he also joined a flight to entertain the passengers live on board. 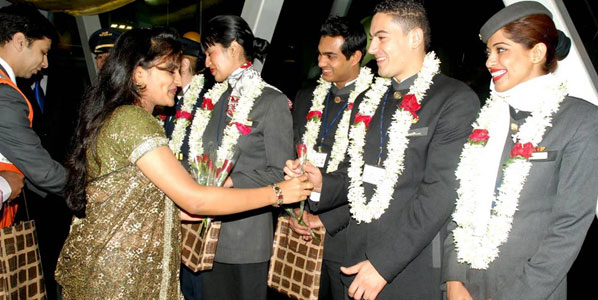 Bangalore Airport welcomed Etihad’s thrilled crew with flowers and goody bags as the airline launched its eighth Indian destination. The four weekly flights will increase to daily at the end of March. 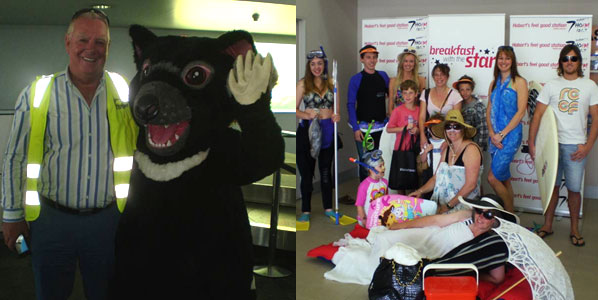 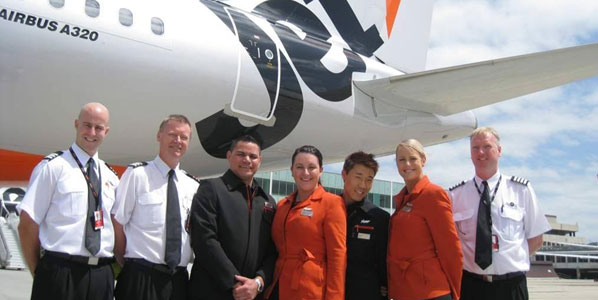 Jetstar’s new route between Melbourne and Ballina coincided with the delivery of the airline’s 50th A320 family aircraft, which this crew, headed by Captain Joshua Hocking and Cabin Manager Paul Wensor, was proud to fly. Shafiq Alam Mehedi, the Bangladeshi Civil Aviation and Tourism Secretary, was given an aircraft model by Sezgin Saglam, Turkish Airlines’ SVP Marketing and Sales, to celebrate the new route to Dhaka. Both Bangladesh and Vietnam were new country markets for Turkish Airlines launched over the Christmas period.