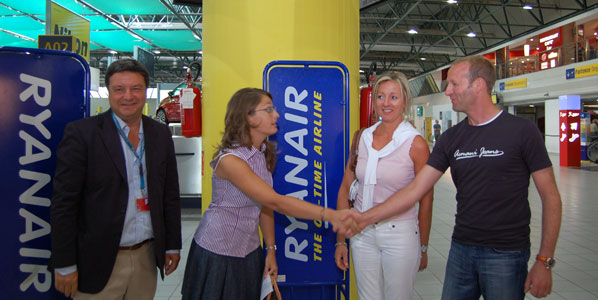 Turin Airport has been the fastest-growing Italian airport during five months in 2010. In July, the airport welcomed its two-millionth Ryanair passenger, a Belgian couple (right), who were congratulated by Maurizio Montagnese, chairman of Turin Airport, and Giulia Gambacciani, Ryanair’s sales and marketing executive. 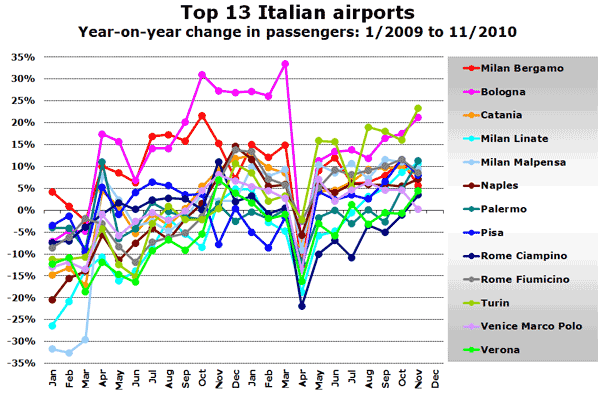 Famous for its Shroud, former Fiat factory with a race-track on the roof (as featured in the original version of The Italian Job movie), and hosting the winter Olympics in 2006, Turin’s airport has reported traffic growth of over 15% this summer. During the last 12 months, both Alitalia and Ryanair have added several new routes from the airport, while other carriers have also added new services (summarised in the following table).

Overall traffic growth across all Italian airports has been increasing from just over 6% in May to almost 12% in October, before falling slightly to 10.5% in November. 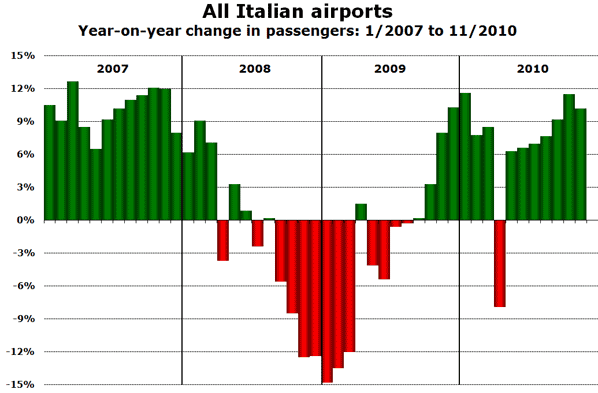