Back in November, AirAsia’s Ashok Kumar, regional director, strategy, airport & planning,  explained to anna.aero  that January promises to be a busy month for the airline, with the introduction of two new bases – in Medan (Indonesia) and Chiang Mai (Thailand). Meanwhile, speaking at the Check-In Asia event, Malaysia Airlines’ managing director & CEO, Azmil Zahruddin, outlined that MAS will boast the youngest fleet in the region by 2015.

As the home of AirAsia, Asia’s largest (and most profitable) low-cost carrier, Malaysia can legitimately claim to be the birthplace of low-cost aviation in Asia. In 2009, total passenger numbers across Malaysia’s airports passed 50 million for the first time, with Kuala Lumpur’s International Airport KLIA (which opened in 1998) accounting for around 58% of all passengers. 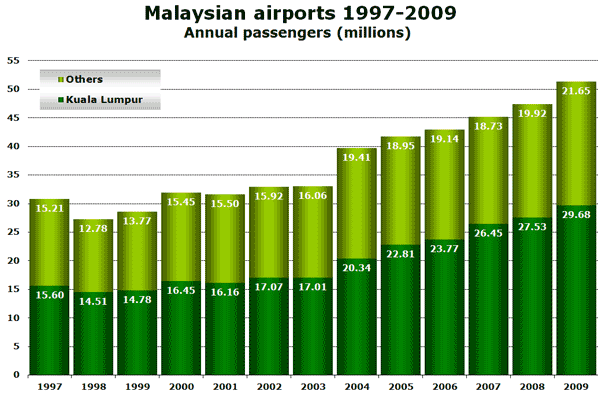 Traffic continues to grow in 2010. In the third quarter of last year, passenger numbers were up 12.5% at KLIA, with regional airport growth just over 7%. In both cases, international traffic growth was outperforming domestic traffic. 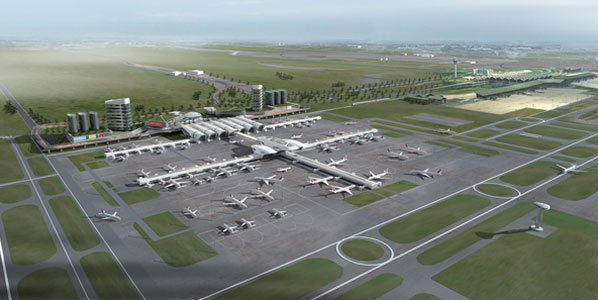 Malaysia Airports is currently constructing the brand new KLIA 2; a low-cost carrier terminal that will initially be used exclusively by AirAsia and will be able handle 30 million annual passengers.

According to schedule data from OAG, AirAsia now operates more flights and more seat capacity at KLIA than Malaysia Airlines, even before AirAsia X, Thai AirAsia and Indonesia AirAsia are taken into account. However, Malaysia Airlines does serve more destinations non-stop (66) from the airport than its low-cost rival. A total of 53 airlines currently offer scheduled services from KLIA including KLM and Lufthansa from Europe, but there are no US carriers present at the airport. In fact, the airport still has no direct flights to any US airport.

New services launched from KLIA in 2010 include AirAsia to Bangalore, Chennai, Hyderabad and Yangon; AirAsia X to Delhi, Mumbai, Seoul and Tokyo Haneda; Malaysia Airlines to Bandung; Oman Air to Muscat; and Royal Jordanian to Amman. AirAsia X has already announced Christchurch and Paris as new destinations for 2011.

A significant development starting this weekend is the introduction of Firefly service between KLIA and Kota Kinabalu (three daily flights) and Kuching (four daily flights) using the airline’s recently acquired 737-800s. Firefly is a wholly-owned subsidiary of Malaysia Airlines that until now has operated purely turboprop aircraft from the old Kuala Lumpur airport at Subang.

Beyond Kuala Lumpur, there are seven airports which handled more than a million passengers per annum in 2009. Kota Kinabalu is the leading airport in the Malaysian region of Sabah while Kuching is the busiest airport in Sarawak. 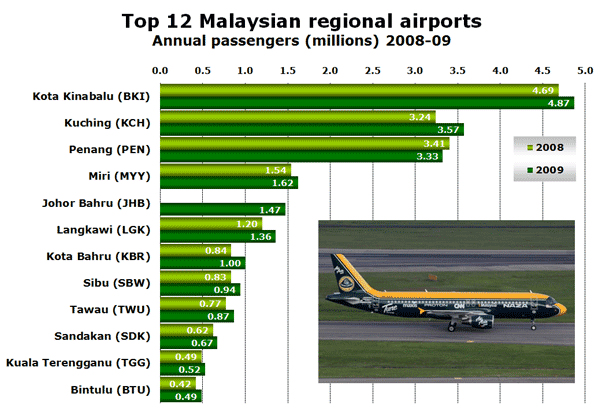 According to OAG data, there are a total of 35 airports in Malaysia with scheduled services.

Kuala Lumpur handles the majority of international flights from Malaysian airports, although both Kota Kinabalu and Penang also offer a range of regional destinations. The leading international country markets from Malaysia continue to be Indonesia, Singapore, Thailand and China. Since anna.aero last examined the Malaysian market almost three years ago, Australia and India have both leap-frogged past Hong Kong in the rankings. 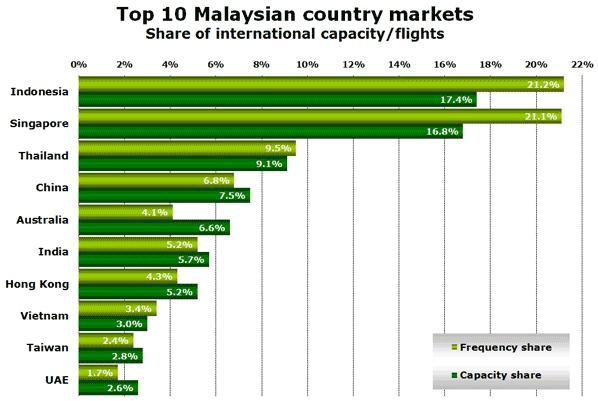 The top 10 country markets account for almost 80% of all international capacity. The UK (14th) just beats the Netherlands (18th) to be the leading European market, with London services being offered by Malaysia Airlines (to Heathrow) and AirAsia X (to Stansted).