Alaska Airlines is fastest-growing major US airline in November and December; Allegiant still has fullest planes December data from the leading US carriers shows that all of them reported traffic (measured by system RPMs – Revenue Passenger Miles) growth in December, though for six of the eight airlines who have already reported for last month the year-on-year growth was lower than it was in November. Note: jetBlue, Frontier and Hawaiian have yet to report, while Continental’s figures are now absorbed into United. 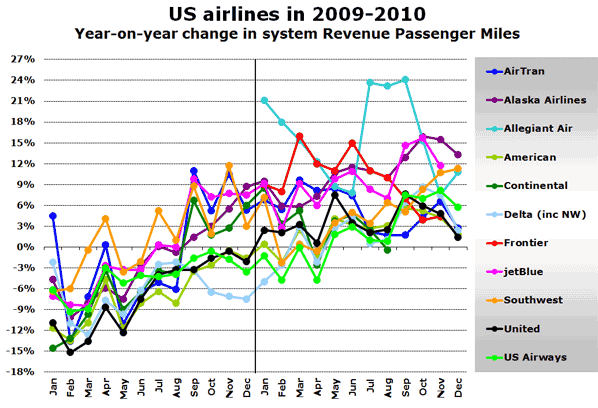 Since October, Alaska Airlines has taken over from Allegiant Air as the fastest-growing carrier.

Load factors rise in December for many carriers 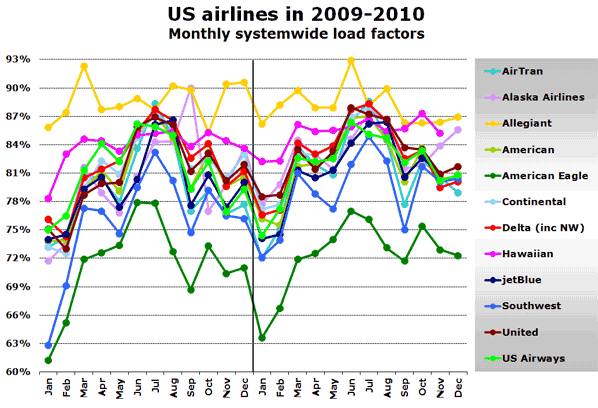