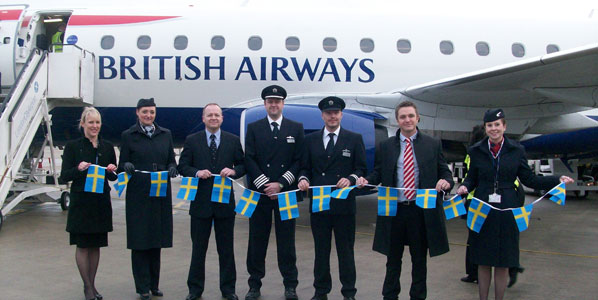 As of this week, British Airways flies to Stockholm Arlanda from its London City base. Its other Scandinavian routes are to Copenhagen and Billund in Denmark, while Norway’s capital Oslo remains the only route to London City previously operated by SAS that BA has not yet taken up.

Since anna.aero last examined British Airways’ London City operations two years ago, the carrier has evolved its fleet to an all Embraer E-jet operation, added several new destinations and also dropped a few. Although British Airways CityFlyer (a wholly-owned BA subsidiary) operates the vast majority of BA’s routes at the airport, the airline’s highest-profile route to New York JFK (using an A318) is operated by British Airways itself. This week saw the launch of new twice-daily flights to Stockholm Arlanda, the airline’s third Scandinavian route after adding Copenhagen to its network last September. Both of these routes were operated in the past by SAS, but the carrier axed its Stockholm service in June 2009 and its Copenhagen service in March 2010. The Billund route, which was started two years, is operated by BA’s Danish-based franchise partner Sun-Air using Dornier 328s. 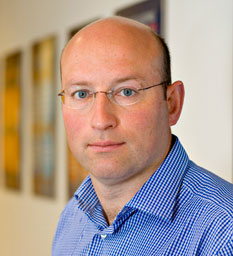 In March, Matthew Hall will join London City Airport as the new CCO, overseeing British Airways’ expansion at the airport.

The JFK route, which started in September 2009, now operates double-daily (on weekdays) with westbound flights making a technical stop in Shannon, where passenger are also pre-cleared for arrival into the US. Two 32-seat A318s are used on the route which during its first year of operation carried just over 19,000 passengers with demand peaking in December 2009 with 2,015 passengers and lowest in August, with just 866 passengers. (Source: UK CAA) 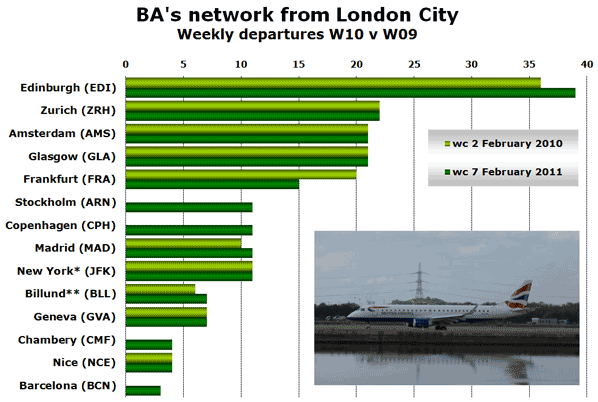 This winter, BA branded flights are operating to 14 destinations, with Edinburgh having by far the most weekly flights. BA has around 30-35% of scheduled flights and seat capacity at London City this winter. Air France and partner CityJet have around 40% of flights and around 35% of seat capacity, while Swiss is the other major player at the airport with multiple daily flights to Basel, Geneva and Zurich.