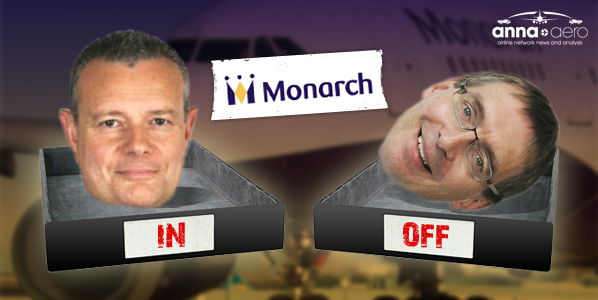 George I is new king of Monarch. It was reported last week that Tim Jeans, Managing Director of Monarch Airlines, was leaving the company with immediate effect. He had been with the airline for six years, having previously had senior roles at MyTravel Lite and Ryanair. He is replaced by Kevin George, previously head of airline operations at Monarch.

London Luton headquartered leisure airline Monarch has announced plans to add Paphos in Cyprus to its scheduled route network this summer. Twice weekly flights from Birmingham, London Gatwick and Manchester will begin in May. A summary of scheduled services from UK airports to Paphos last summer is provided in the following table.

This suggests that some of the new scheduled capacity being offered on this route has been re-allocated from existing charter flights.

Last summer, Monarch also flew to Larnaca in Cyprus from Birmingham (three times weekly) and from London Gatwick, London Luton and Manchester seven times per week. According to the airline, these new routes to Cyprus’ second busiest airport will help increase Monarch’s (scheduled) seat capacity to the country by 35% compared with summer 2010.

Monarch reported last week that it carried almost 200,000 passengers in December (up 12.9% on 2009), despite the unhelpful weather conditions experienced across many UK airports. It also achieved a record load factor for the month of just over 80%. For the whole of 2010, the airline carried 5.8 million passengers, down 8% from 6.3 million in 2009. New routes launched during 2010 included four new Turkish routes; Birmingham and Luton to Dalaman, Luton to Bodrum, and Manchester to Antalya.