Route of the Week:
Alaska Airlines’ Bellingham to Honolulu After David North, passenger and top elite tier member of the Alaska Airlines Mileage Plan, cut the lei for the first flight from Bellingham to Honolulu, speeches were held by Alaska Airlines’ VP Marketing, Joe Sprague, and Charlie Sheldon, Executive Director, Port of Bellingham. The Hawaiian priest Aukai La'amaikahiki was also on site to sing his blessings for the new service, which got a lot of media coverage, including from  Seattle’s KOMO 4 TV  news.

Cake of the Week:
Air France’s Paris CDG to Cologne/Bonn Air Southwest’s customer service agents Mike Kyle and Jacqui Brasher welcomed the airline to the Welsh capital Cardiff. Newquay’s status as the British surfing capital was emphasised as the airline seeks to attract Welsh surfers with the new service. 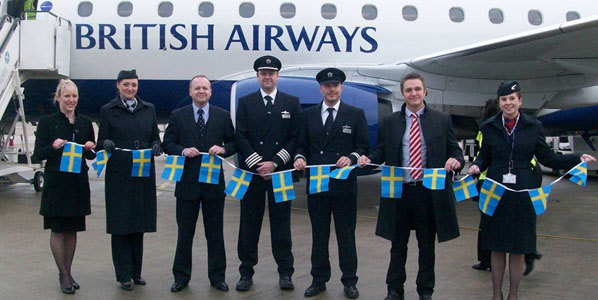 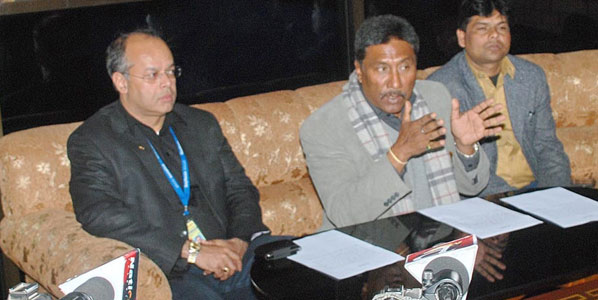 Birendra Bahadur Basnet, Buddha Air’s managing director, and Sharat Singh Bhandari, Nepal’s minister for tourism and civil aviation, were joined by a government official at a specially arranged press conference to mark the launch of the new service between Kathmandu and Lucknow. A press conference was held for TACA Peru’s new service to Antofagasta at the northern Chilean city’s hotel Terrado Suites. Italo Guerinoni, TACA’s Country Manager Chile (second from left), met with representatives of the local authorities and spoke to the gathered press. Turkish Airlines’ AnadoluJet aircraft was welcomed to Agri, an airport that again offers scheduled services. The airline now offers a daily connection to the city in the easternmost part of Turkey from its expanding Istanbul hub. Turkey's transport minister Binali Yıldırım joined the celebrations and spoke to dignitaries that included Turkish Airlines’ CEO Dr Temel Kotil.