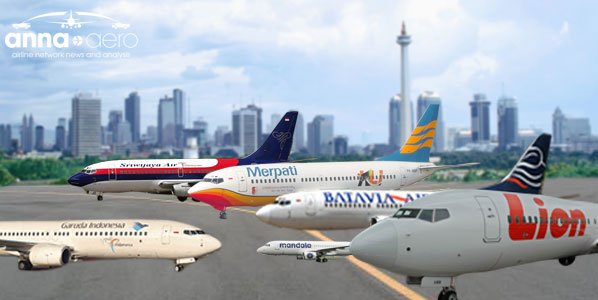 At the time of Mandala Airlines’ grounding, five other Indonesian domestic airlines were bigger. The airline now has 45 days to restructure before it again can fight its larger competitors.

Indonesia’s Mandala Airlines has been granted a 45-day reprieve to try and restructure and find a new investor after it was grounded last week for non-payment of debts. The low-cost carrier operated a relatively small fleet of eight Airbus narrow-body aircraft and was operating from 13 airports in Indonesia plus Hong Kong, Macau and Singapore. International services had only begun last summer.

Major shareholder Indigo Partners (nothing to do with IndiGo airlines) also has an interest in several other Airbus-based LCCs; Avianova, Spirit Airlines, Volaris, Tiger Airways and Wizz Air. When contacted by anna.aero, Indigo Partners declined to speculate on how the restructuring of Mandala Airlines might sort itself out and stressed that Indigo’s other investments are unaffected.

According to OAG data for January 2011, Mandala Airlines ranked only sixth among carriers serving the Indonesian domestic market.