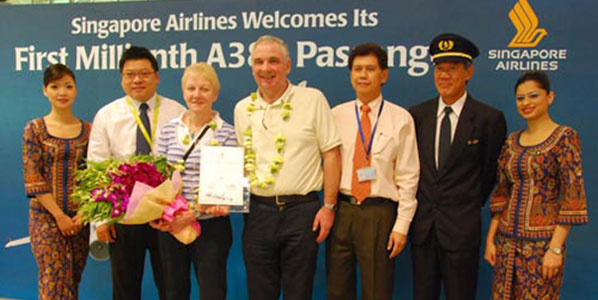 Singapore Airlines’ millionth A380 passenger was suitably at London Heathrow, less than a year after the airline began using the superjumbo on the route.

Between 1987 and 2000, air travel demand between the UK and Singapore grew by 150% as annual passenger volumes surged from 450,000 to 1.15 million. However, since then, demand has been relatively flat, peaking in 2006 at 1.27 million. In 2010, the total volume of traffic between the two countries fell by 7.2% to just 1.13 million passengers, while passenger numbers for all routes from Singapore Changi Airport grew by 13%. 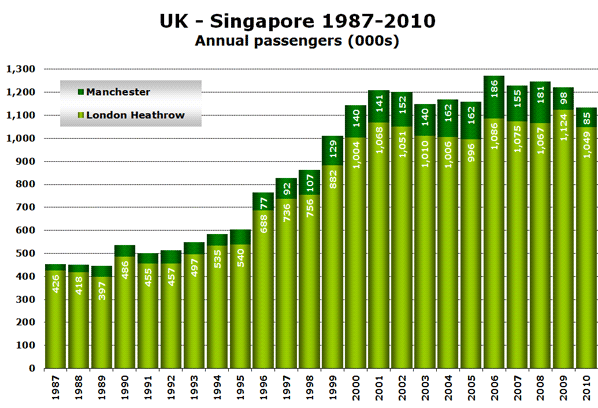