Prize winner: Last month Lion Air won two anna.aero Asia-Pacific ANNIE Prizes – “Airline With The Most New Routes,” for growing its network by 31 new airport-pairs since last February, and “Airline with the Most New Destinations” for adding 17 airports to its network.

In the last two years, only five airlines (Ryanair, American Airlines, Delta, JAL and Continental) have taken delivery of more factory fresh Boeing aircraft than Indonesia’s Lion Air. During those two years, Lion Air has received 26 737-900ERs, 13 in each of 2009 and 2010. Having placed an order for 178 of the type in June 2005, it is still waiting for a further 139 to be delivered in the coming years. Apart from the 39 long-range 737s direct from Boeing, the airline has a further four of the type from failed European charter airlines XL Airways and Futura International Airlines. The airline also operates a number of older 737 variants, a few MD90s (being phased out this year) and a couple of 747-400s for flights to Jeddah. (Source: ch-aviation)

Last week, the airline’s CEO announced that the airline was considering an IPO (Initial Public Offering), which might take place in 2012. According to the airline, it carried around 17 million passengers in 2010 and aims to carry around 20 million in 2011 with more 737-900s being added to the fleet as the MD90s are phased out.

In addition, the airline has a wholly-owned subsidiary, Wings Air, which operates a growing fleet of 80-seat ATR 72-500s on shorter sectors and where the runway infrastructure (or passenger demand) can not support a 737-900ER. 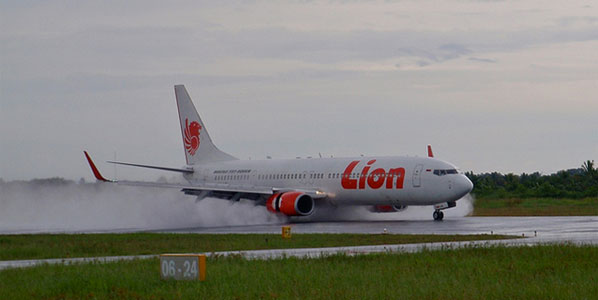 Lion Air’s brand new 737-900ERs, and the high standards with which they are flown and maintained, did much to help rehabilitate Indonesia’s safety record in the international community, especially the lifting of the EU’s ban on Indonesian-registered aircraft in July 2009. Photo: Matt Dearden

Lion Air is now the leading airline in the Indonesian domestic market, serving almost 60 airports across the many islands that make up the country. Not surprisingly, its main base of operation is at the country’s busiest airport which serves the nation’s capital, Jakarta. 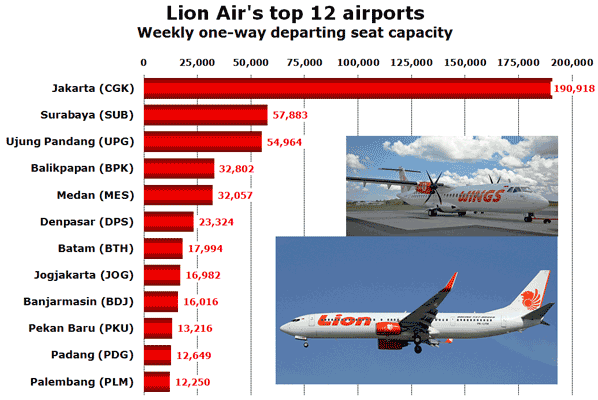 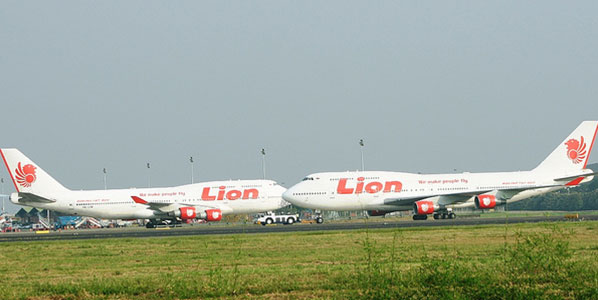 Lion Air majors on the routes afforded by its swelling 737-900ER fleet, but operates an opportune daily Jeddah service with two 747-400s. It could be speculated that the just-announced $1 billion IPO planned for next year may lead to further long haul routes.

The airline’s daily nine and a half hour service to Jeddah is operated by a 747-400. Although in theory one aircraft could operate the schedule, this would give little margin for error, so the airline has two of the type, both previously operated by Oasis Hong Kong Airlines, and before that by Singapore Airlines.

Having already established itself as the leading domestic airline, it seems likely that more international services will be added in the next couple of years.