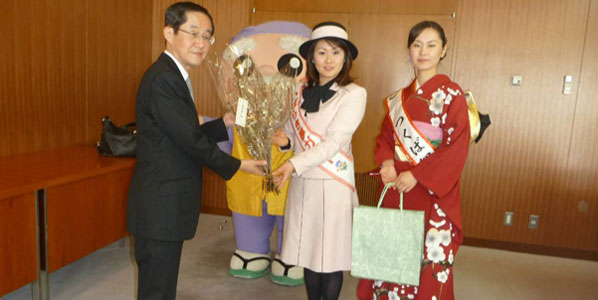 Ambassadors of Ibaraki travelled on Skymark’s first flight to Sapporo Chitose where they presented a bouquet to the Deputy Mayor of Sapporo City, Noriaki Ikushima. 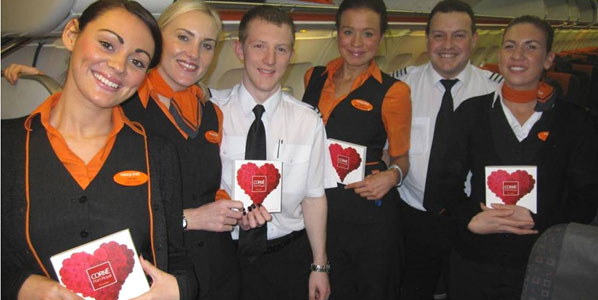 Okay, these are not cakes but Belgian chocolates, recognisably the world’s finest, handed out by Brussels Airport’s marketing team to all passengers and crew on the first flight from Liverpool ahead of Valentine’s. Is anyone else wondering how old the crew member third from the left is? 12? 14? 8? Get this – he’s the pilot! Send us your guess and we’ll find out. The first reader to get it right wins a one-way sector to a mystery easyJet destination from Bucharest. 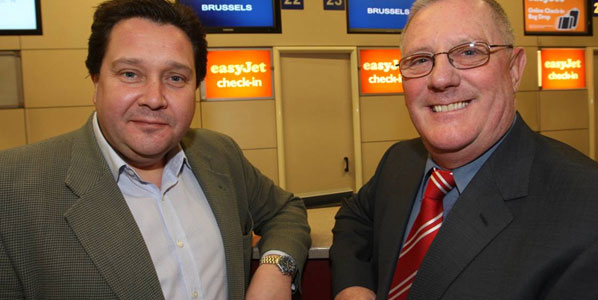 Stewart Wingate, CEO Gatwick Airport (left), and Titus Johnson, airberlin’s Country Manager UK (right), posed with anna.aero’s Assistant Editor Andreas Akerman (centre) who wore a Bavarian hat borrowed from the Oompah band ‘The Bavarian Strollers’. The band performed a number of songs that were requested via Twitter and announced with dedications by an airberlin stewardess as the event was broadcasted live online. Speaking at the event, a proud Wingate welcomed airberlin to the airport, while Johnson was pleased to offer two destinations new to the catchment area south of London. 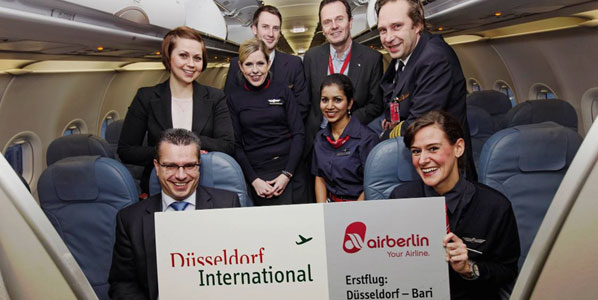 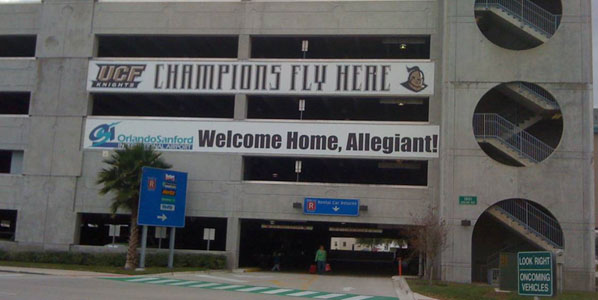 After a year at Orlando International, Orlando Sanford welcomed back Allegiant Air's 30 weekly flights on 10 routes. The airport now again is the sole home of Allegiant in the Orlando area. 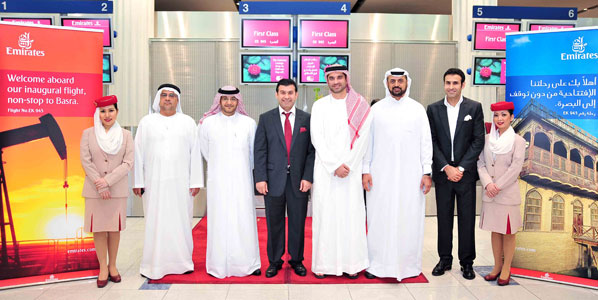 As Iberia arrived in the Brazilian city of Fortaleza, the airline’s international sales director Ángel Valdemoros was presented with a gift by Carlo Ferrentini, tourism state secretary of Ceará. 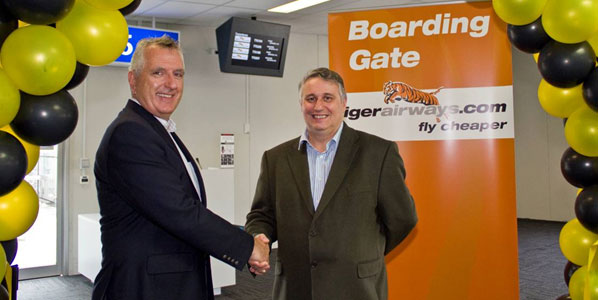 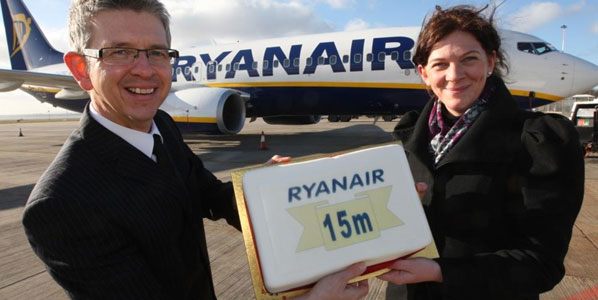 Robin Tudor, Head of PR at Peel Airports, owners of Liverpool Airport, and Ryanair’s Sales and Marketing Executive Maria Macken celebrated 15 million Ryanair passengers at Liverpool Airport since the airline first began serving the airport in 1988, initially from Dublin only. A cake was baked to mark the occasion! Brussels South Charleroi Airport on 8 February celebrated the 100,000th Wizz Air passenger flying on its route to Sofia with this gorgeous cake. The service from the Bulgarian capital was launched in July 2008, when the airline started with two flights per week, but frequencies have since increased to three times weekly. 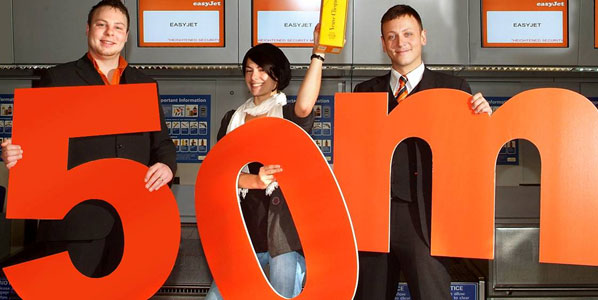 easyJet celebrated reaching 50 million annual passengers. The lucky passenger was London resident and former French Pop Idol contestant Laura Tabourin, who travelled from London Luton to her native Bordeaux. Tabourin was presented with a bottle of champagne and given an easyJet flight voucher for two people. 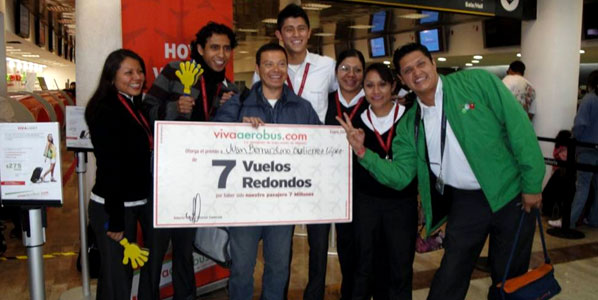 The Mexican low-cost carrier vivaaerobus celebrated its 7-millionth passenger! Juan Bernardino Gutiérrez who was flying from Mexico City to Guadalajara is here seen with some of the airline’s staff as he was given a voucher for seven free flights with the airline.