Orlando Sanford, one of two airports serving the Florida city world-renowned for its theme parks, is again the sole home of Allegiant Air’s Orlando operations. The routes that were moved away from the airport for one year had a considerable effect on the airport’s domestic passenger numbers, which now can be expected to again grow to previous levels and even beyond as the ‘new’ Vision Airlines will begin serving the airport in April. 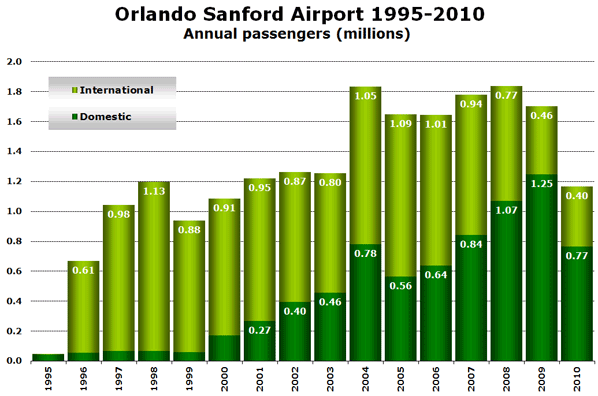 Between 1998 and 2003, annual passenger numbers were typically around the 1.2 million mark, but from 2004 to 2009, this rose to between 1.65 and 1.85 million. Last year, as a result of Allegiant redirecting several of its services, passenger numbers fell to just 1.17 million. International traffic, primarily in-bound charter flights from the UK, also fell dramatically to just under 400,000; the lowest level for 15 years. 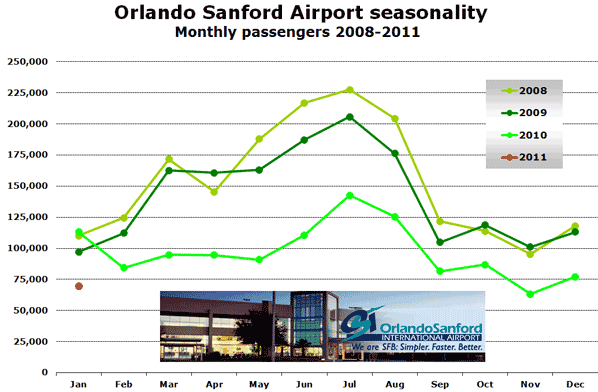 As of last week, Allegiant Air’s network has once again been boosted to almost 30 destinations. Some 20 destinations are currently served with just two weekly flights, enabling leisure travellers to escape to sunny Florida either for a 3-4 day break or for a whole week. 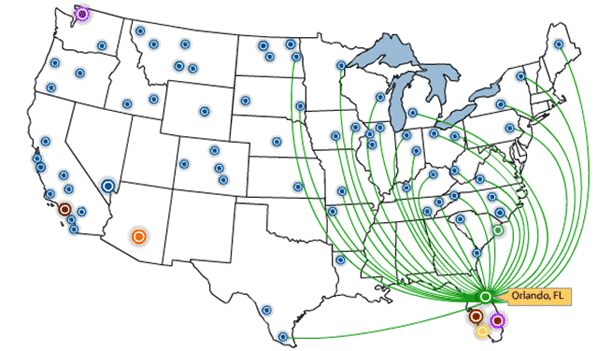 Apart from Allegiant Air, the other scheduled services being operated this winter are with Icelandair to Reykjavik (twice weekly), and Thomson Airlines who operate weekly flights to London Gatwick and Manchester. During the peak summer months, there are regular charter flights from several other UK airports, operated by the likes of Thomson Airlines, Thomas Cook Airlines and Monarch.

Last October, it was announced that TUI’s Dutch subsidiary Arkefly would begin year-round twice-weekly flights between Amsterdam and Orlando Sanford on 24 June using a 283-seat 767-300ER. The return flight will operate via Miami.

Another new carrier for the airport will be Vision Airlines, which from 1 April will launch four-times weekly flights using a 148-seat 737-400 to Fort Walton Beach in Florida, with the possibility of onward connections to Baton Rouge (Louisiana), Columbia (South Carolina), Little Rock (Arkansas) and Shreveport (Louisiana).