Air traffic in the South American country of Peru is dominated by the country capital Lima’s Fraport-operated Jorge Chávez International Airport, which has 65% of the country’s scheduled seat capacity. Only two other airports in the country offer international services; in Cusco, the gateway to the popular tourist destination Machu Picchu, as well as the country’s second-largest city Arequipa. 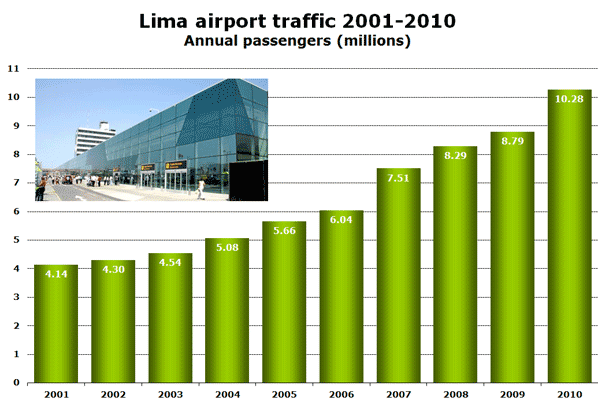 At over 10 million passengers in 2010, passenger numbers in Lima have grown consistently and at a dramatic pace, doubling in only six years. The growth last year alone was 17%. 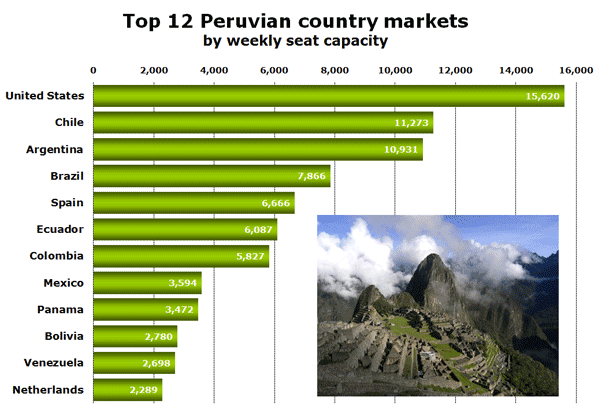 In terms of available seat capacity, the domestic market makes up 62% of the total in the Peruvian market. The largest international country market is the United States rather than any of the neighbouring countries. Peru and the US are connected with 75 weekly frequencies in each direction, all of which are to and from Lima. The destinations served are Miami (American Airlines, LAN Peru, TACA Peru); Newark and Houston (Continental); Atlanta (Delta); New York JFK, Los Angeles and San Francisco (LAN Peru) as well as low-cost carrier Spirit’s route from Fort Lauderdale.

European services, again all to and from Lima, are currently represented by flights from Madrid with Iberia, LAN and Air Europa, as well as KLM’s Amsterdam service. 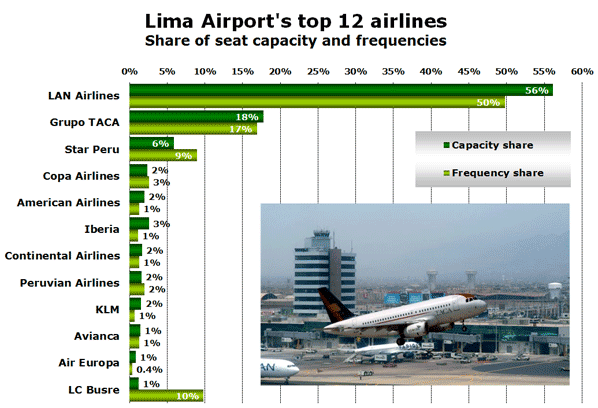 In Lima, the leading airline is LAN Airlines (including LAN Peru), which has a majority share of the airport’s seat capacity and operates almost exactly half of its frequencies. In second place is Grupo TACA, which to the greatest extent is represented by its Peruvian subsidiary TACA Peru.

The low-cost carrier Star Peru, a BAe 146 operator, ranks #2 in the domestic market, where it has a 19% share of capacity after dominant LAN Peru, which has a 72% share. TACA has increased its domestic capacity and has recently passed Peruvian Airlines in the rankings, but still only has a 4% share. LC Busre is the fifth airline operating domestically in Peru and, although the airline’s frequencies are high, it only operates 19-seat Fairchild Metro aircraft.

In the last two years, the majority of all new Peruvian routes in anna.aero’s new route database have been to and from Lima, with TACA Peru leading the expansion with eight of the 18 new services. 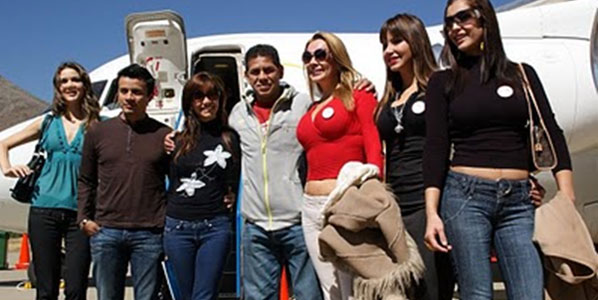 Additionally, the low-cost carrier Star Peru has launched services from regional Peruvian airports, including this week’s new domestic route between Trujillo and Talara. The only international route of these is between Cusco and Rio Branco in neighbouring Brazil.

Next week, four further domestic routes will be launched as Lima get six weekly flights on Star Peru to Jauja and TACA Peru expands its hub with flights to Juliaca, Tarapoto and Trujillo, with frequencies ranging between daily and twice-daily. On 1 April, LAN Peru launches six weekly flights from Lima to Montevideo, the capital of Uruguay, and in June, Air France returns to Lima from Paris CDG after more than 10 years when it begins flying five times weekly with 777-200ER aircraft. This will bring the number of European destinations served from Lima to three.