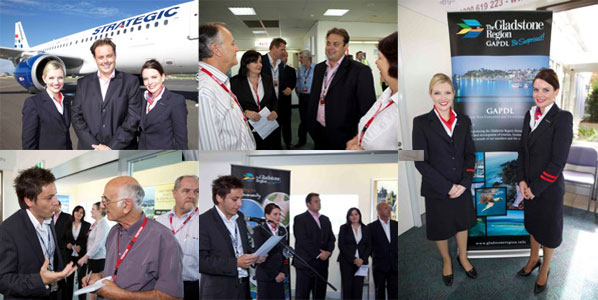 Brisbane Airport has already shown its speedy recovery after the Queensland flood crisis. Michael James, Strategic Airlines’ Executive Director (above), celebrated earlier this week as the airline announced going head-to-head with QantasLink on the intra-Queensland route between Brisbane and Gladstone. Damien Vasta, the airline’s CCO (below), spoke to the gathered media.

Brisbane, Australia’s third-largest city (with a population of around two million), is also home to the country’s third busiest airport. During 2010, the airport handled a record 19.8 million passengers, of which just under 80% were on domestic flights. In the last eight years, passenger numbers have grown by over 60%, with domestic and international traffic growing at similar rates. 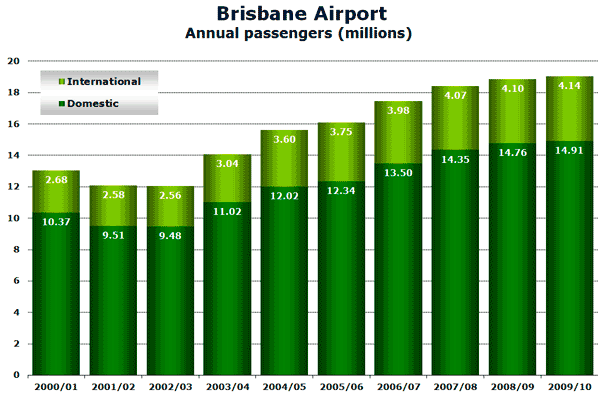 During the recent devastating floods in Queensland, which also had a major impact on Brisbane, the airport stayed open throughout, playing a vital role in the relief effort.

Air links to Australia’s two biggest cities, Sydney and Melbourne, generate over seven million annual passengers, accounting for almost one in every two domestic air passengers at the airport. Data for the year ending November 2010 shows that eight of Brisbane’s top 12 domestic routes grew compared with the previous period. 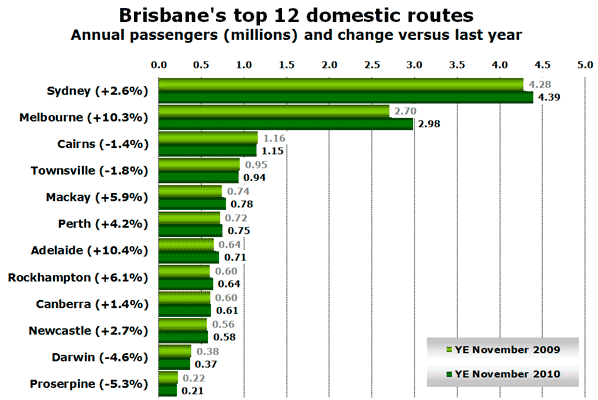 The two routes that reported double-digit growth (Adelaide and Melbourne) both benefited from the decision by Tiger Airways Australia to add these routes to their growing network at the end of March 2010. Qantas’ low-cost subsidiary Jetstar also began serving the Melbourne market on 1 July, and also added a daily service to Perth in the middle of December.

Since the beginning of February, Tiger Airways has joined in on the route to Sydney (with up to three daily flights) and has also started twice-weekly flights to Melbourne’s Avalon airport. However, the airline abandoned the Adelaide route in November and has also just given up its Rockhampton service, which it also started at the end of last March.

At the end of February, AeroPelican will begin a new five-times weekly service to Narrabri using a Jetstream 32. 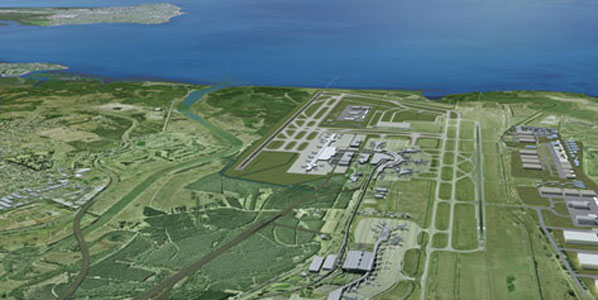 Getting ready for further growth: Work on Brisbane Airport's AUD$1 billion New Parallel Runway project will begin in 2012, with the runway scheduled to be operational in 2020.

Strategic Airlines to take on Qantas

Earlier this week, Strategic Airlines announced that it would be starting twice-daily (Monday to Friday) flights between Brisbane and Gladstone (GLT), also in Queensland, starting on 18 April. The airline will be taking on QantasLink, which operates 37 weekly departures using a Q400. Strategic Airlines will utilise an A320 equipped with 152 seats, including eight in business class. According to the airline’s CCO, the aim is to capitalise on the resources boom in the Gladstone region, which includes mining. 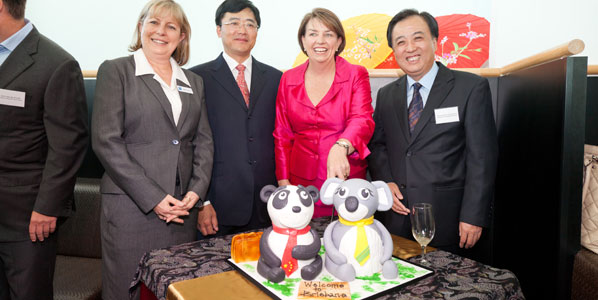 As China Southern added its link between Guangzhou and Brisbane last year, Brisbane Airport’s CEO Julieanne Alroe pointed out how there were more than 158,000 Chinese visitors to Queensland in 2009, making it one of the state’s largest inbound tourist markets, which is forecast to further grow at double digit rates in the coming years.

During the last 12 months, the highest profile new international route at the airport has probably been the launch at the beginning of November of China Southern’s thrice-weekly service to Guangzhou using an A330-200.

Both Emirates and Etihad serve Brisbane; Emirates has a daily non-stop flight from Dubai (since February 2009) which then goes on to Auckland, as well as daily flights via Singapore to Dubai. Etihad has three weekly flights to Abu Dhabi, all via Singapore. The third ‘MEB3’ airline, Qatar Airways, does not currently serve Brisbane.

Brisbane is also involved in Qantas’ new route from Sydney to Dallas/Fort Worth (DFW) which starts in mid-May. The return flights from DFW stops in Brisbane before arriving back in Sydney. Existing non-stop services from Brisbane to the USA comprise Qantas and V Australia, both serving Los Angeles.