Route of the Week:
Air Austral’s St Denis to Bordeaux and Nantes Cake of the Week:
easyJet’s London Gatwick to Zagreb The Valentine-themed cake to welcome easyJet’s route from London Gatwick to Zagreb was cut by easyJet’s marketing director Peter Voets and Zagreb Airport’s CEO Tonči Peović, while Gari Cappelli, vice president of the Croatian Parliament’s Tourism Committee, looked on. Speaking at the press conference, the airport director was joined by the British ambassador to Croatia, David Blunt (a native of Gatwick’s Sussex catchment area), who got to welcome the first passengers off the aircraft – Scottish musicians who entertained with bagpipe music. 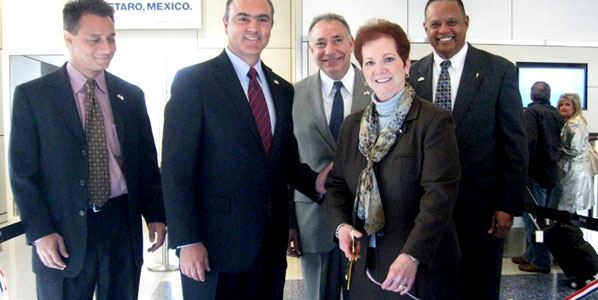 Marseille Provence Airport celebrated the new service to Venice with this gorgeous Venetian gondola cake at the time of the route’s announcement last summer. At the time, Air Corsica was still known as CCM Airlines. Jet2.com’s new route to Madeira was celebrated when the route was announced last summer rather than at the launch. Not one, but two cakes were baked for the occasion; a suitable Madeira cake and a Jet2.com aircraft cake enjoyed by Tony Hallwood, Leeds Bradford International Airport’s Commercial Director, and Ian Doubtfire, Managing Director of Jet2.com. 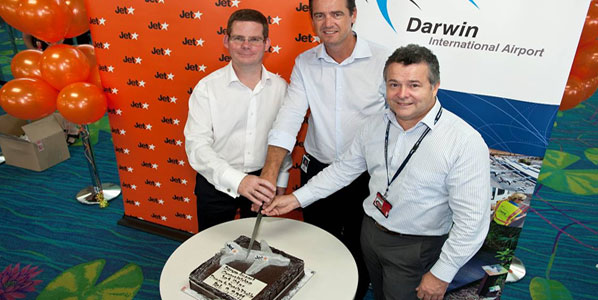 The chocolate cake celebrating Jetstar’s new route from Darwin in northern Australia to the Philippine capital Manila was cut by David Hall, CEO Jetstar Australia/New Zealand; Rob Knight, Minister for Trade, Northern Territory Government; and Ian Kew, CEO Northern Territory Airports. Notably, there is a considerable Filipino community in the airport catchment area, which until now has lacked a link with the Asian island nation. 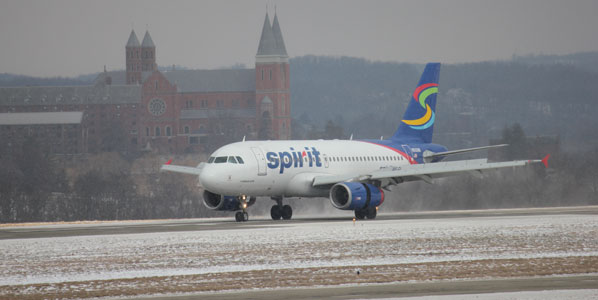 Brussels Charleroi Airport’s marketing team celebrated Valentine’s Day handing out free Bruyère chocolates. With boas, hats and heart-shaped glasses, passengers – both couples and others – had their pictures taken, with the chance of winning free flights to Verona.