Wizz Air announces one aircraft base at Targu Mures 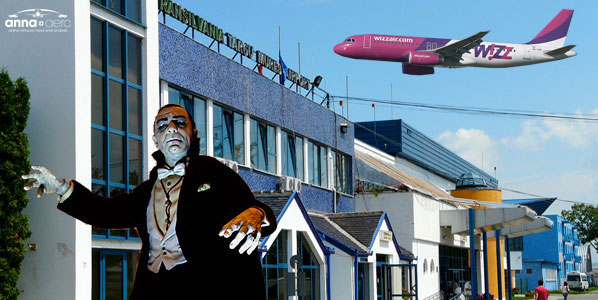 In June, Wizz Air will launch its second Transylvanian base as it stations an aircraft in Targu Mures. Seven new routes will complement the airline’s Budapest services and the London Luton route that launches later this month, however, all of the new routes are also served from Wizz Air’s base in nearby Cluj-Napoca.

Earlier this week, Wizz Air announced plans to open its fourth base in Romania at Targu Mures (TGM) airport. One aircraft (a 180-seat A320) will be based at the Transylvania airport and seven new routes will be launched from the 18th June. Wizz Air has been operating flights to Targu Mures from Budapest since July 2006, and also served Barcelona El Prat and Rome Ciampino during 2007, before reallocating these flights to its new base at Cluj Napoca at the end of October 2007. This helps explain why the airport handled over 150,000 passengers in 2007, before passenger numbers fell to below 100,000 in 2008, 2009 and 2010. The airport’s only other scheduled services are operated by Malev to Budapest, and Tarom to Bucharest Otopeni Airport.

The seven new routes are all to existing Wizz Air destinations in western Europe, and six of the seven are already served from Wizz Air’s other Romanian bases at Bucharest Baneasa, Cluj Napoca and Timisoara. The exception is Rome Fiumicino, which is served from Cluj Napoca and Timisoara but flights from Bucharest Baneasa are still operated to Rome’s other airport at Ciampino.

In addition, a new service to London Luton will begin already at the end of March, initially with three weekly flights. From the time of the base launch in mid-June, this will increase to four weekly departures.

“Five years after Wizz Air launched the first flight from Romania, we are opening our fourth operational base in the country. This is another milestone in our Romanian operations, that indicates our commitment to the Romanian passengers in offering truly affordable fares and a fast growing network. This development will further strengthen our market leadership positions in Romania”, said József Váradi, Wizz Air’s CEO.