Cake of the Week:
Qatar Airways’ Doha to Stuttgart 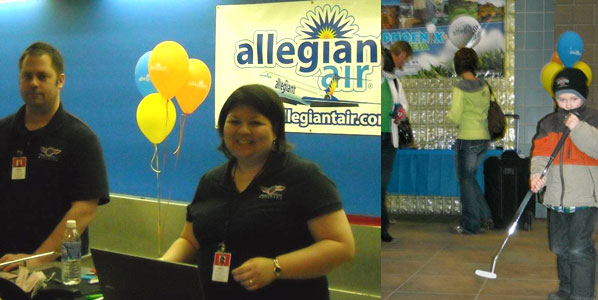 As Allegiant launched flights from Minot to Phoenix/Mesa, the airport celebrated with a golf theme. After a speech by Myanmar Airways International’s CEO Aung Gyi, there was a traditional ribbon-cutting ceremony to celebrate the airline’s new route to Guangzhou – its first to China. Ryanair’s new route between Bremen and Tallinn was celebrated by Evely Baum, Head of Estonian Tourist Board in Germany; Michael Ambs, Ryanair’s Sales and Marketing Executive Germany; and Florian Kruse, Head of Communication and Marketing at City Airport Bremen, who cut the ribbon for the new service. After Sichuan Airlines’ staff posed for a commemorative photo, delighted passengers boarded on the first flight to Hanoi. This is the first time Chongqing is connected with Vietnam. After Spirit Airlines was welcomed to West Virginia’s capital Charleston with a fire-truck salute, Governor Earl Ray Tomblin extended his welcome as he spoke to the gathered press. As TransAsia arrived in Chongqing, the crew was welcomed by the delighted airport officials, including the Deputy Secretary of Chongqing Airport Authority, Cao Qianli (centre). The crew then posed together with TransAsia’s Deputy Commercial Manager, Li Shixun. The new service is the fourth between Taipei’s two airports and the major city in the southwest of Mainland China. 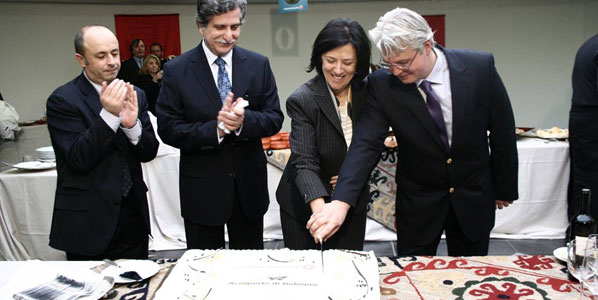 As El Al celebrated 55 years at Brussels Airport, passengers on the airline’s flight from Tel Aviv were greeted with special kosher cakes by the airport’s marketing team. The airline’s GM Belgium and Luxembourg, Oranit Beith Halachmy, was on site to celebrate with the over 100 passengers.