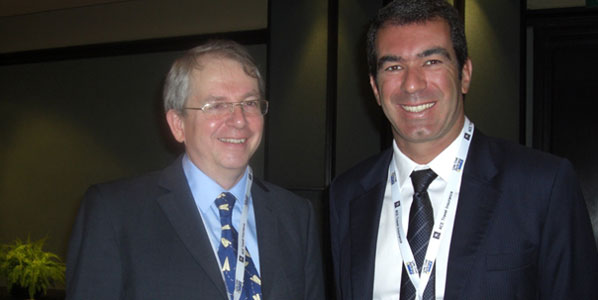 Brazil’s airports handled a record 155 million passengers in 2010 (that’s more than all airports in France combined), an impressive increase of 21.3% on 2009. Domestic traffic still dominates as almost 90% of airport passengers travel within Brazil. This year has also started well, with both domestic and international passengers up around 16% in January. 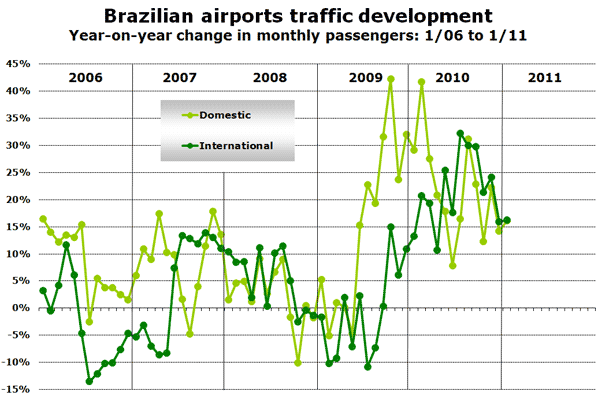 While TAM basically maintained its domestic market share during 2010, the carrier now has a clear five to six percentage point lead over GOL, whose market share in January was at its lowest level for several years. 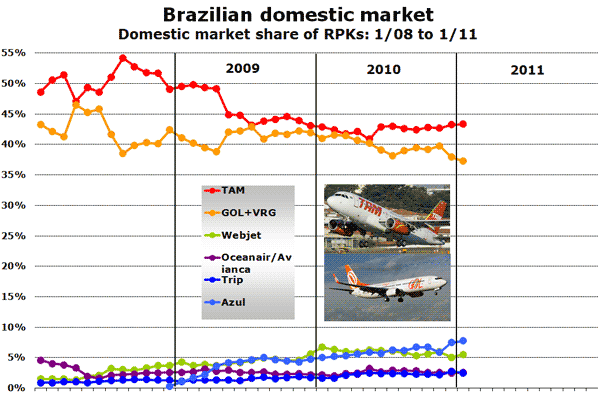 The biggest gainer is Azul, which only began operating in December 2008, but in just over two years has grown rapidly to establish itself in a clear third place ahead of WebJet. According to OAG schedule data between September 2010 and February 2011, Azul has increased its weekly seat capacity by around 50% and increased the number of domestic destinations served from 23 to 30. These are Aracaju (ARU), Belem (BEL), Ilheus (IOS), Joao Pessoa (JPA), Joinville (JOI), Rio de Janeiro (GIG) and Sao Jose dos Campos (SJK). The airport with the most new flights is Rio de Janeiro (GIG), which now is connected 39 times weekly to the airline’s main base at Viracopos.

New international services started in the last few months include the following:

At the end of March, Singapore Airlines will begin serving Sao Paulo via Barcelona, while Alitalia will resume flights from Rome to Rio at the beginning of June.