Ryanair launches 35 new summer routes in two days; Ibiza gets the most 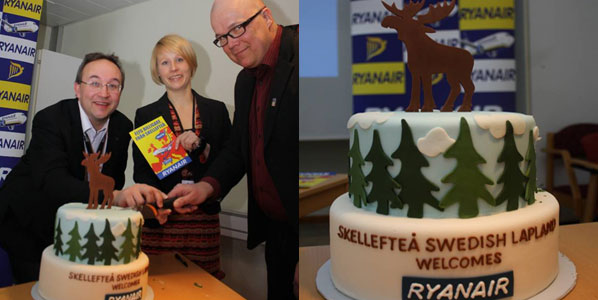 Cake of the Week Vote: Ryanair’s Girona to Skellefteå – Vote for Cake 8 As Ryanair based its fifth aircraft in Porto in northern Portugal, the airline launched a new route to La Rochelle in France. The cake baked to celebrate the route even featured an innovative way of saving on Ryanair’s baggage fees. Proudly presenting the cake were Porto Airport’s marketing executives Paula Barbosa and Márcia Canedo, and marketing manager Álvaro Oliveira Leite (centre).

Cake of the Week Vote: Ryanair’s Porto to La Rochelle – Vote for Cake 9 Krakow Airport baked a cake to celebrate the new route to Cagliari in Sardinia. In addition to the decorations in the Italian colours, the Sardinian flag decorated the cake that was well-received with the passengers about to board the first flight. Overseeing the event was Katarzyna Gaborec, Ryanair’s Sales & Marketing Executive CEE.

Cake of the Week Vote: Ryanair’s Krakow to Cagliari – Vote for Cake 10 As Ryanair arrived in town, Karlstad’s Mayor Per-Samuel Nisser handed out gifts to waiting passengers. Spaniards Andy Lopez and Levington Mosquera were the first to arrive to Karlstad Airport in Sweden, while the Johansson-Grabill family were the first to board the flight back to Girona. 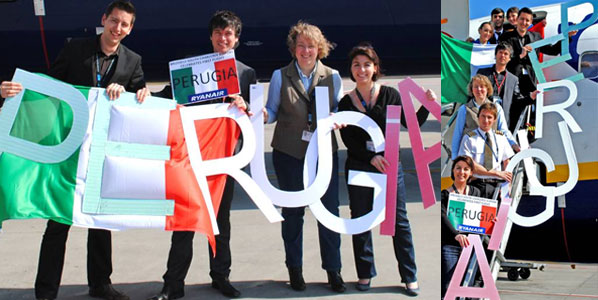