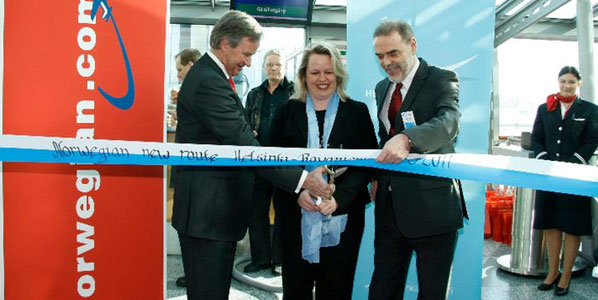 The ribbon for Norwegian’s new domestic route in Finland, from the capital Helsinki in the south to Rovaniemi in the north, was cut by Norwegian’s CEO Bjørn Kjos, Helsinki Airport’s VP Heini Noronen-Juhola, and the Norwegian Ambassador to Finland, Leidulv Namtvedt. 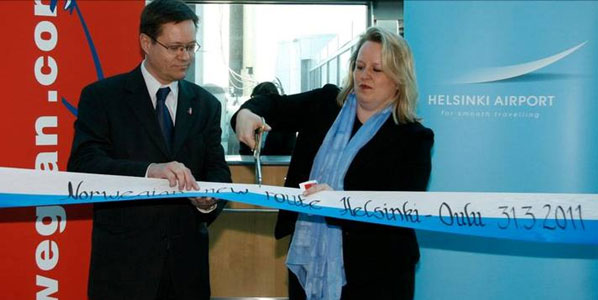