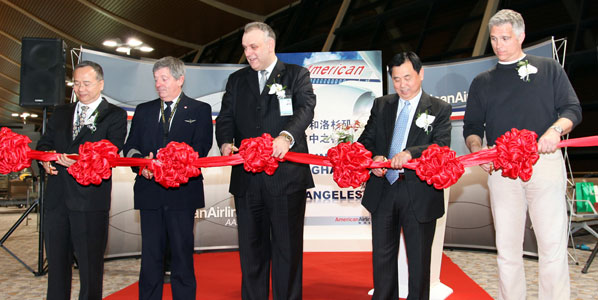 The third busiest passenger airport in the US last year, Los Angeles International Airport, reported a 4.5% growth in passenger numbers to 59.1 million in 2010. In recent years, United has been the biggest carrier at the airport, but no single carrier has more than a 20% share of seat capacity. During the last week, American Airlines has taken the significant step of launching 10 new routes from the airport, most of them operated by its subsidiary American Eagle Airlines. As a result, it is now in a clear second place and at least in terms of weekly seat capacity is not far behind United Airlines.

Although American and United lead the way, the airline operating the most international routes from LAX is Alaska Airlines, which serves nine destinations in Mexico as well as Vancouver in Canada.

Disappointingly for the airport, none of the airline’s new domestic routes are to destinations not already served by at least one other carrier.

Of the nine domestic routes American is starting from LAX, three are served by just one other airline, three by two airlines, two by three airlines and on the Phoenix route American is joining Delta, Southwest, United and US Airways in competing for passengers. Continental and US Airways compete on just one of these new routes, Delta on three, Southwest on six and United on eight. All of these additional routes will help provide feed for the long-haul flights, in particular to London, Shanghai and Tokyo.

*Although flights to Puerto Rico are considered domestic for political reasons, OAG considers them international, treating Puerto Rico as a separate country from the US.