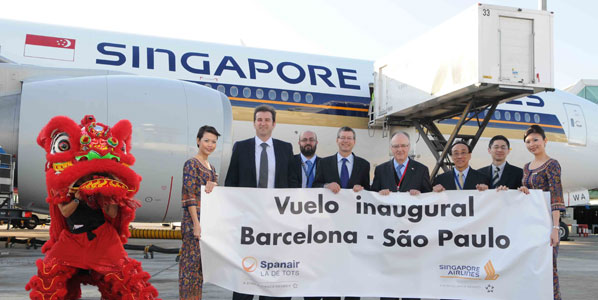 Brazil’s airports had a good first quarter of 2011 with the number of domestic passengers processed climbing 16.4% to just over 38 million, while international passenger traffic was up 15.4% to just over 4.5 million. With Brazil set to host the World Cup in 2014 and the Olympics in 2016, several airlines have announced plans to launch new international services to Brazil in the coming months. 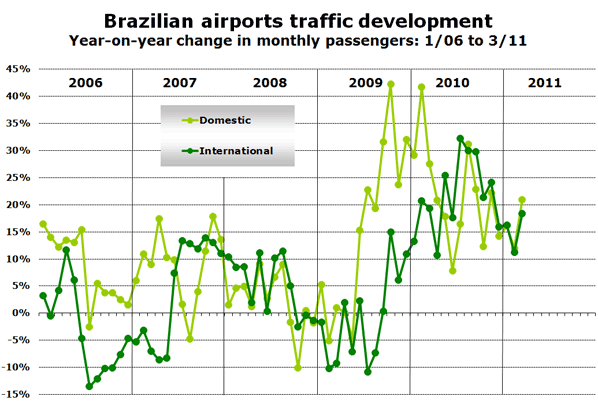 TAM’s position as the leading airline in the domestic market was briefly challenged in February when its share of the domestic market (as measured in revenue passenger-kilometres, RPKs) fell just below that of its arch-rival GOL for the first time. However, in March, TAM was back in front with a lead of three percentage points, 41.8% versus 38.8%. 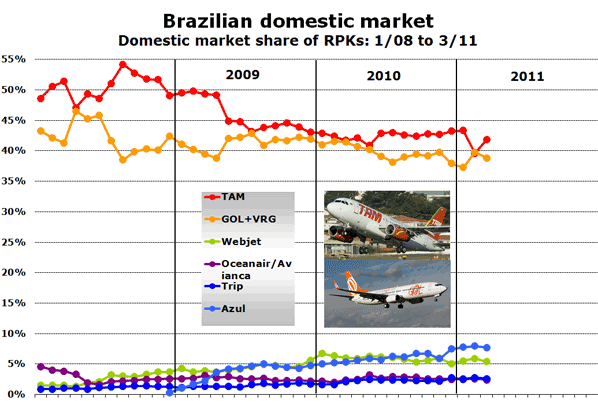 The market share of the remaining domestic carriers is gradually creeping towards the 20% mark with Azul and Webjet leading the way.

At the end of March, Singapore Airlines began its first flights to Brazil when it started serving Sao Paulo from Singapore, via Barcelona. The service operates three times per week using a 777-300ER.

Several airline have announced plans to start (or in some cases re-start) new international services to Brazil in the coming months.