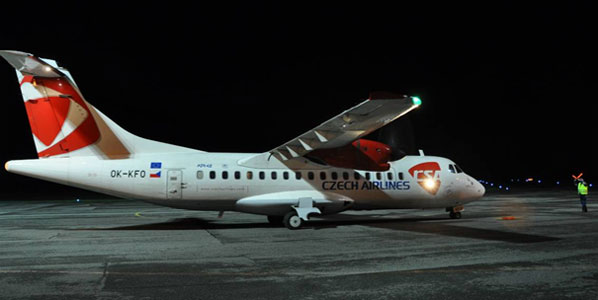 CSA Czech Airlines arrived in Poprad-Tatry with its ATR42, connecting the Slovakian airport with its Prague hub.