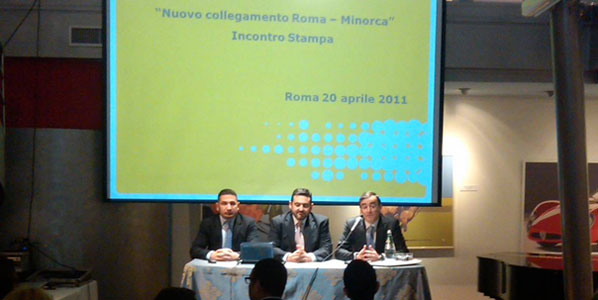 Vueling, which launched three new routes in the last week, also held a press conference in Rome for the new route between Menorca and the Italian capital, which will launch at the end of June. Speaking to the press were Massimo Di Perna, Vueling’s Country Manager Italy; Alex Cruz, Vueling’s CEO; and Sergio Berlenghi, Responsible for Commercial Aviation at ADR (Rome Airports). The low-cost airline now serves the ‘Eternal City’ from nine airports, making it one of the busiest airports in the airline’s network.