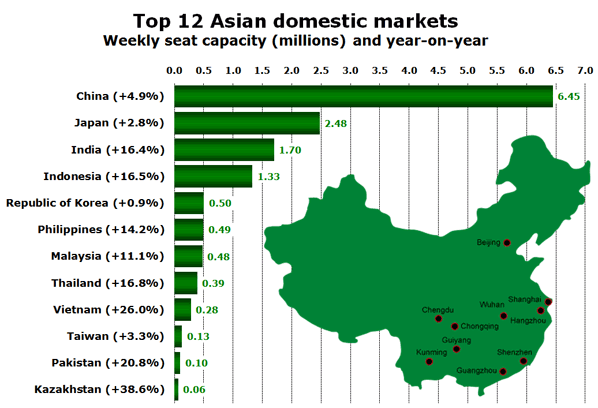 Having gradually overcome the various political barriers imposed, airlines from both Mainland China and Taiwan are now able to fly non-stop across the Taiwan Strait, allowing capacity to have grown by 35% in the last year, despite strict controls over which carriers can operate which routes and with what frequency. Given how quickly this market has grown, it is possible that it could become the biggest international market in the region before the end of the decade. However, for the purposes of our analysis, the Hong Kong Special Administrative Region is considered a separate country from China and, as a result, the China-Hong Kong market is the busiest in Asia, while Hong Kong-Taiwan ranks sixth. 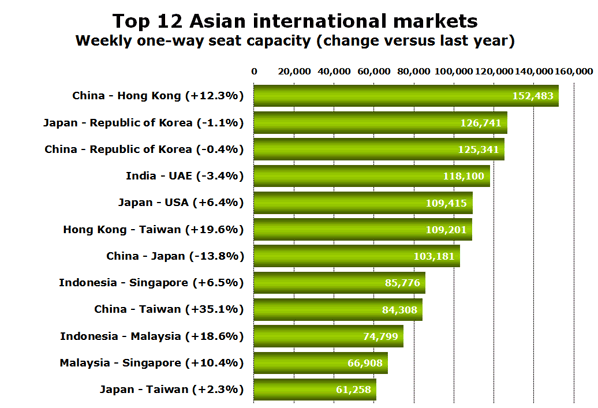 Although 10 of the 12 leading international markets are within the Asian region, there are two notable exceptions. The Indian market to the United Arab Emirates ranks fourth, while the Japan – USA market now ranks fifth.