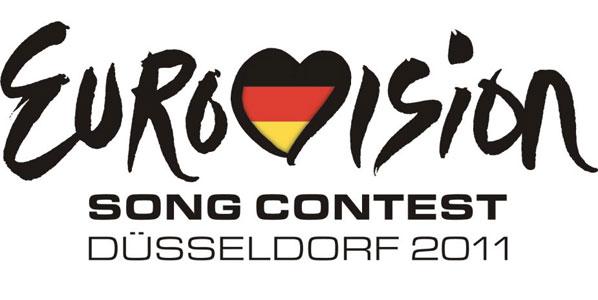 Eurovision is the latest important cultural event to be hosted by Düsseldorf and likely to have a mildly beneficial impact of the airport’s traffic. Lyricists have been hard at work - Boom Boom (Armenia), Da Da Dam (Finland), Haba Haba (Norway) and Ding Dong (Israel) feature among the entries hoping to emerge as this year’s winner in this modern tournament between Europe’s great civilisations.

The eyes of the entertainment/music world will be on Düsseldorf this week as the German city hosts the annual Eurovision Song Contest after the country won last year’s event in Oslo. Since our last look at Germany’s third busiest airport just over two years ago, competition between the airport’s two main carriers, airberlin and Lufthansa, has intensified. Last year the two largest German airlines accounted for just over 61% of all passenger movements at the airport, unchanged from 2009. However, while demand for airberlin’s services grew by 2.6%, Lufthansa reported traffic growth at the airport of 12.0%. (Source: Düsseldorf airport). Condor overtook TUIfly to become the airport’s third biggest carrier, while Turkish Airlines, the leading non-German carrier, ranked fifth once again. 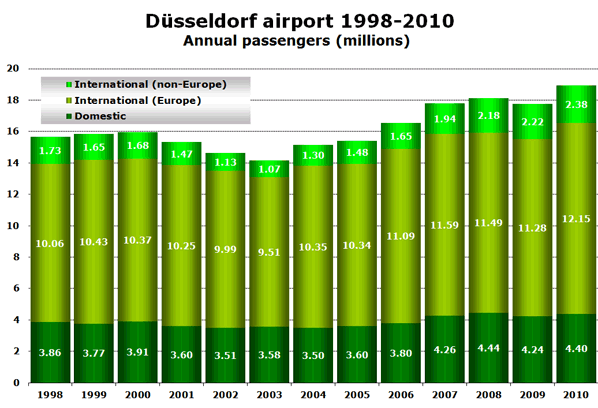 Domestic routes account for just over one quarter of scheduled seat capacity, with Munich and Berlin the leading domestic routes. Spain (2.78 million), Turkey (1.74 million) and the UK (1.24 million) were the three biggest international markets in 2010 with Turkey benefiting from a range of charter services in addition to scheduled flights. (Source: Destatis) 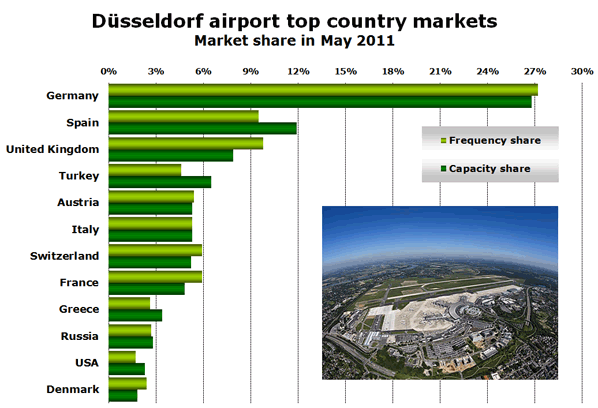 The USA makes it into the top 10 thanks to non-stop services to Chicago, Miami and Newark courtesy of Lufthansa, daily flights to Atlanta with Delta, and airberlin operating to Fort Myers, Los Angeles, Miami, San Francisco and New York. Some of these services are only operated for part of the year but airberlin’s New York service will now operate year-round as will Lufthansa’s Miami service.

Just outside the top 12 is the United Arab Emirates, which is served twice daily by Emirates to Dubai. Other Middle Eastern destinations served non-stop include Erbil in Iraq (by airberlin), and Tehran (served by Mahan Air). 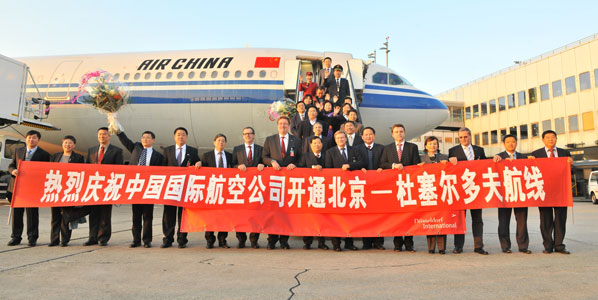 Düsseldorf saw the arrival of Air China from Beijing at the start of the summer season, becoming the third German airport to be served by the Chinese Star Alliance member, which connects with partner Lufthansa.

So far in 2011, over a dozen new services have been started or announced with airberlin responsible for adding six new destinations to its network, with four of these in Italy (Bari, Cagliari, Florence and Verona).

A few notable services have been lost since last summer. Flybe no longer serves London Gatwick (although easyJet still does and has increased frequency this summer), airberlin has withdrawn its double-daily flights to Paris Orly (although Air France and Lufthansa still offer multiple daily flights to Paris CDG), and airberlin has also axed its daily flight to Krakow (though Gdansk, Katowice, Warsaw and Wroclaw are still served by Lufthansa, with LOT also serving Warsaw).

Düsseldorf airport is located in the heart of the Germany’s Rhein-Ruhr region, famous for its industry but also for being a designated European Capital of Culture in 2010. Within 100 kilometres of the airport, there is an impressively large population, but also rival airports such as Cologne/Bonn (45 kilometres to the south), Dortmund (50 kilometres to the north-east) and Weeze (about 80 kilometres north-west).