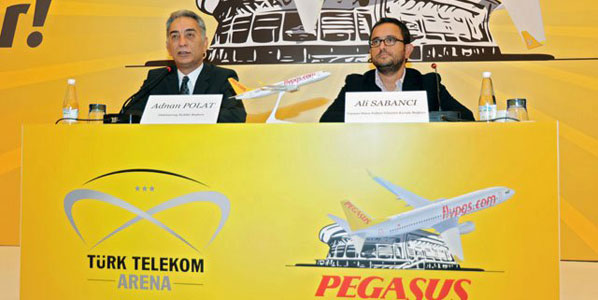 Since anna.aero first looked at Pegasus the Turkish low-cost carrier has considerably enhanced its international network. According to the airline’s website it now offers flights from Turkey to 45 destinations in 19 countries, as well as an extensive domestic network focussed on Istanbul’s Sabika Gökçen airport. According to OAG data for May just under 50% of the airline’s seat capacity on its fleet of 37 737s (32 of which are -800s) and the six aircraft of its sister airline Izair, is now allocated to international flying. In the first quarter of 2011 the airline received three new 737s, while in April a further four factory fresh -800s were delivered to the carrier. This should help it to top 10 million passengers in 2011 after reportedly carrying over eight million in 2010. 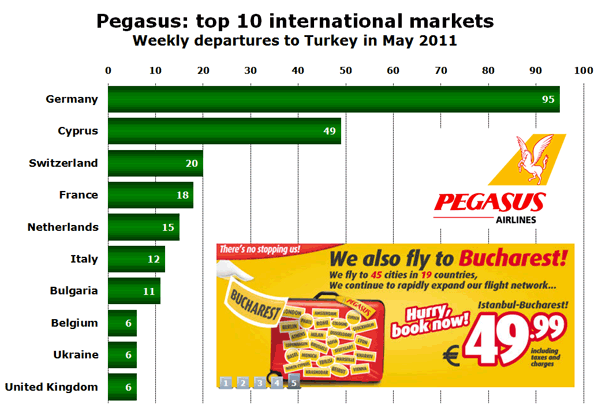 Germany is by some way the leading international market with over 90 weekly departures across 19 German airports. Cyprus ranks second with Pegasus serving Ercan airport in the Turkish controlled northern part of the island. There are daily flights to six Turkish destinations. Basel, Geneva and Zurich are all served in Switzerland, while Pegasus operates flights to five different French airports including, unusually, Saint-Etienne.

New routes to Bucharest and Tehran

Five new destinations from Istanbul’s second airport have so far either started or are planned for 2011. Domestic flights to Sivas began on 1 May, with Tehran (15 May) and Bucharest (16 May) beginning soon. Two new destinations in Germany will be added as well; Zweibrücken on 17 June and Nuremberg on 3 July. In addition a new UK service between London Stansted and Izmir began operating on 1 May.

From Istanbul Sabiha Gökçen Pegasus flies to 18 domestic destinations with an average frequency of two flights per day. Ankara and Izmir are served with up to five daily departures. Flights to and from Istanbul’s two airports (it also operates from Istanbul Ataturk airport to Ankara) make up 85% of the airline’s domestic capacity. Apart from the 19 Istanbul routes Pegasus operates a further nine domestic routes that do not involve Istanbul.