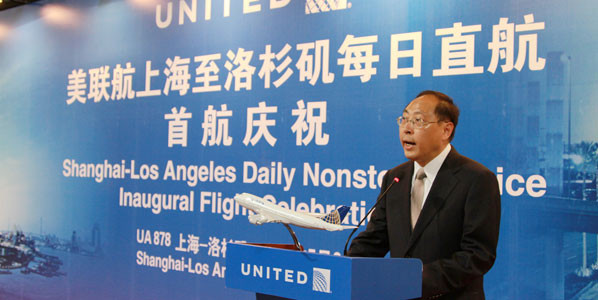 CAAC data for March shows that domestic traffic was up just 5.2%, while international passenger numbers rose just 2.7% versus the previous year. The domestic growth figure is the lowest reported since September 2008. Domestic traffic grew by 15% in 2010 and 22% in 2009. 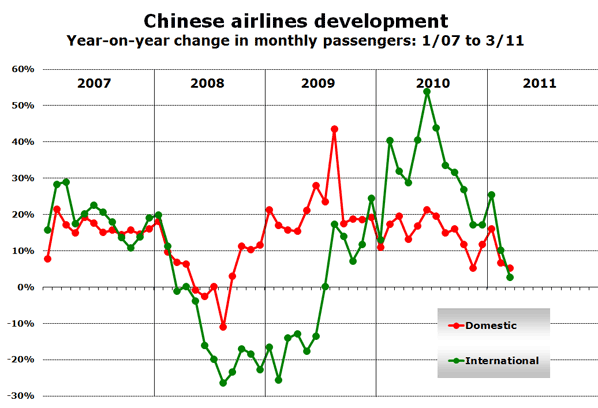 Last week (20 May) United began a new daily service between Los Angeles and Shanghai using a 777. The airline began serving China 25 years ago and currently operates 11 daily nonstop flights to Beijing, Hong Kong and Shanghai from hubs in Chicago, Los Angeles, New York, San Francisco and Washington. “United operates more routes from the US to China than any other airline, and this new service is another step in the expansion of our US-China network,” said Jim Compton, United’s executive vice president and chief revenue officer. “The new flights will offer customers additional convenient options for travel between the two countries.”