easyJet, Lufthansa Italia and Vueling all compete on Milan Malpensa to Barcelona route; how do fares compare? 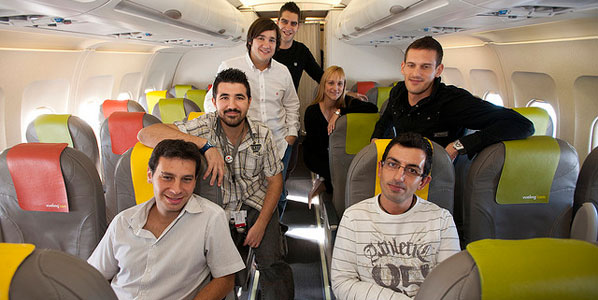 This week’s announcement that Lufthansa Italia would cease operations highlighted the fact that on many of its routes from its Milan Malpensa base it faced direct competition from easyJet. On the popular Barcelona route another low-cost carrier, Vueling, also provides stiff competition.

The fares shown in the graphs below are the cheapest possible all-inclusive fares. However, depending on payment option, baggage requirements and seating preference the one-way fares for easyJet and Vueling can be considerably higher. These additional fees are summarised at the end of this article. 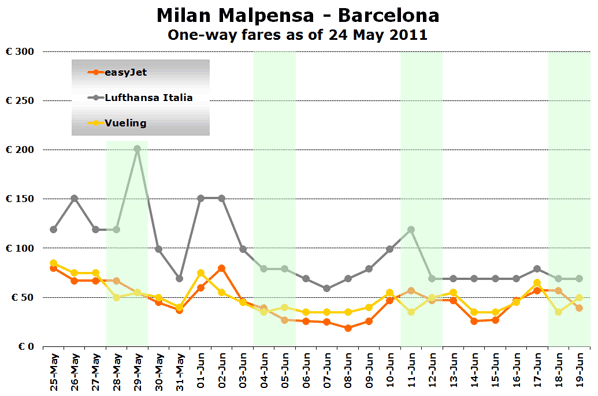 Across the 26 days, easyJet’s lowest daily fare on Milan – Barcelona comes out around €2 cheaper on average than Vueling’s lowest daily fare (€47 versus €49) with Lufthansa Italia charging almost twice as much with an average lowest fare of €96. The peak around 2 June corresponds with an Italian national holiday, thus encouraging people to take the following day off and have a ‘long weekend’. 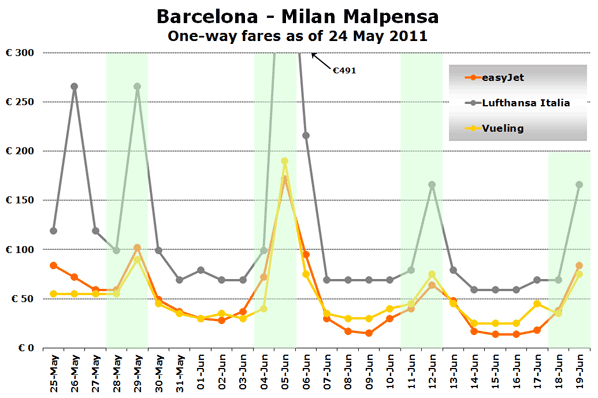 The fares illustrated in the above graphs are the cheapest achievable, but in the case of easyJet and Vueling require passengers to have no hold baggage and to pay by means that not many people do. The table below summarises the additional costs of booking the one-way flights with easyJet and Vueling dependent on payment option and seating preference.

Lufthansa Italia has free assigned seating, allows one free bag, but charges an additional €5 if payment is made by any method other than PayPal. It is also worth remembering that neither easyJet nor Vueling offers any free food or drink during the flights, while Lufthansa Italia does.