Domestic issues in Egypt and Tunisia appear to be impacting Morocco’s tourism; Arik Air capacity up 28% 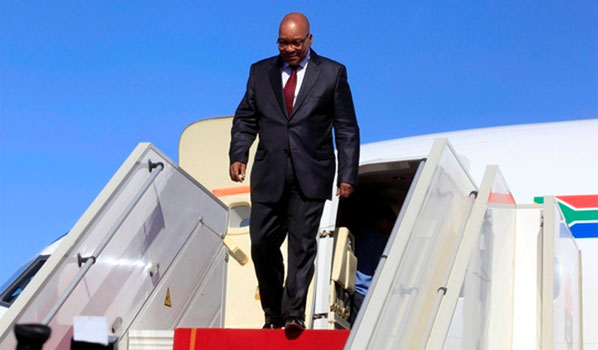 Uncongested: South African President Jacob Zuma is the only passenger at Tripoli Airport on Monday – unrest has had an unsurprising effect on North African traffic, but for the African continent as a whole, five of the top 10 country markets are reporting double-digit growth, helping African airports as a whole to report a 3.7% increase in seat capacity (although South Africa is up only 1%).

The civil unrest in Tunisia and Egypt earlier this year have, not surprisingly, had a measurable impact on capacity provided by airlines operating in these countries. This week, anna.aero takes a close look at how capacity this June compares with last June across Africa, looking at individual countries, airlines and airports. 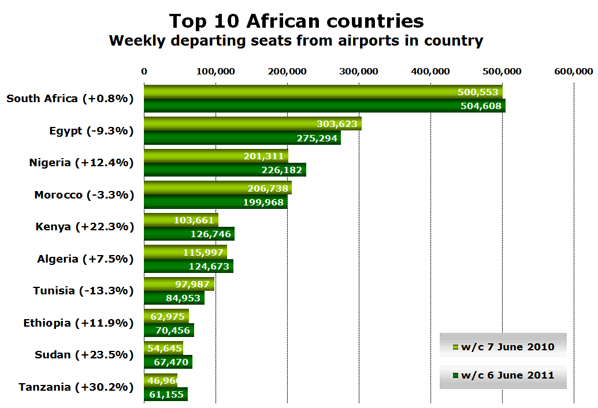 After the euphoria of hosting last summer’s football World Cup, capacity at South African airports is up less than 1%. Capacity at Egyptian and Tunisian airports is down 9.3% and 13.3% respectively, but another North African country heavily reliant on in-bound tourism, Morocco, is also reporting a drop in scheduled capacity, this time of 3.3%.

While capacity for all airlines serving Africa may be up almost 4%, the top three airlines (South African Airways, Egyptair and Royal Air Maroc) are all reporting notable capacity reductions compared with last June. 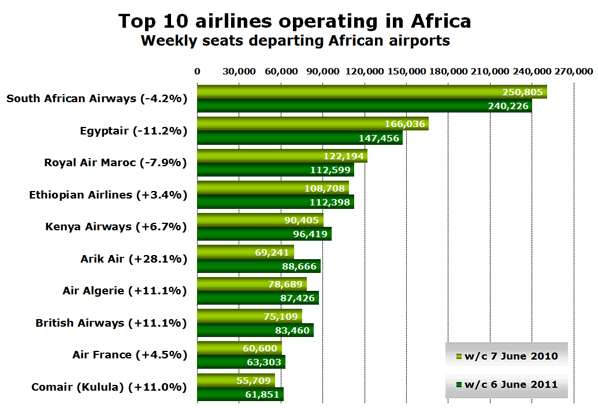 For the second year running, the fastest growing of the top 10 airlines is Arik Air of Nigeria, which has jumped two further places from eighth to sixth. Its scheduled capacity is up almost 30%, after growing by 50% the previous year. British Airways appears primarily because of its franchise agreement with South African carrier Comair to operate domestic and regional international routes. On the other hand, Air France’s ranking is down purely to links from France, mostly to North African destinations such as Algeria, Morocco and Tunisia.

Analysis of schedule data by airport reveals that capacity is down at the top two airports (Johannesburg and Cairo) and unchanged at Lagos. Only two of the top 10 airports have reported double-digit growth, Addis Ababa and Nairobi, helped by the growth of their national flag carriers Ethiopian Airlines and Kenya Airways. 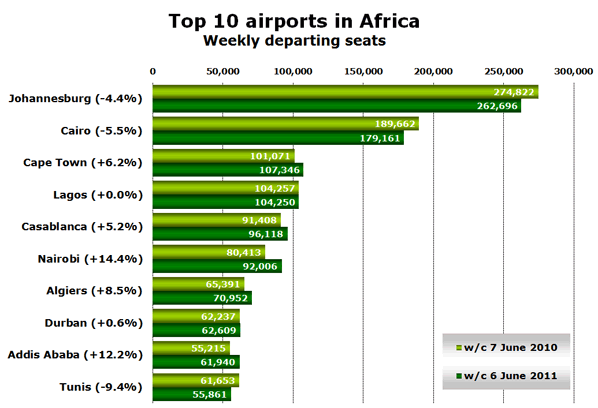 According to OAG, there are now 344 airports in the whole of Africa with scheduled commercial services, up from 320 when anna.aero last conducted a similar analysis just over a year ago.