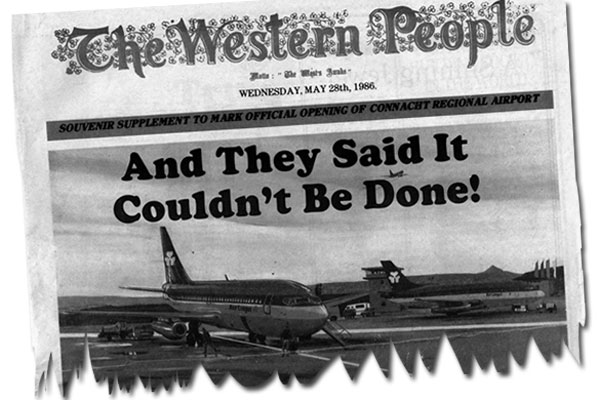 And it was a brave man who said it could be done in 1986 – but now low-cost airline economics have spawned several other new Knock-like airports across Europe (Oslo-Rygge, Munich-Memmingen, Robin Hood Airport Doncaster Sheffield), although these are generally closer to other major competing airports and population centres (Knock, County Mayo: pop. 748)

This Monday saw the 25th anniversary of the opening of what is now known as Ireland West Airport Knock. The idea for the airport came from Monsignor James Horan, the local parish priest, who sadly passed away within months of the airport’s official opening. Between 1988 and 2002, the airport handled between 100,000 and 200,000 passengers annually. However, in the following four years, passenger numbers more than trebled to over 620,000 annual passengers, thanks to the growth of low-cost services. This year, the airport expects to have its best ever year with a forecast 640,000 passengers. 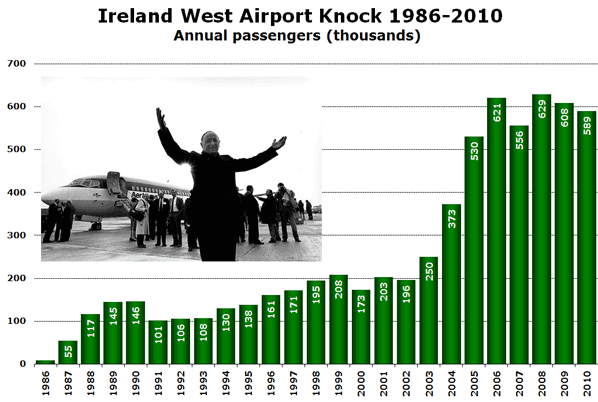 Traffic peaks in August at levels almost three times as high as those reported in the quietest off-peak month of January. In April, the airport reported its best ever figures for that month. 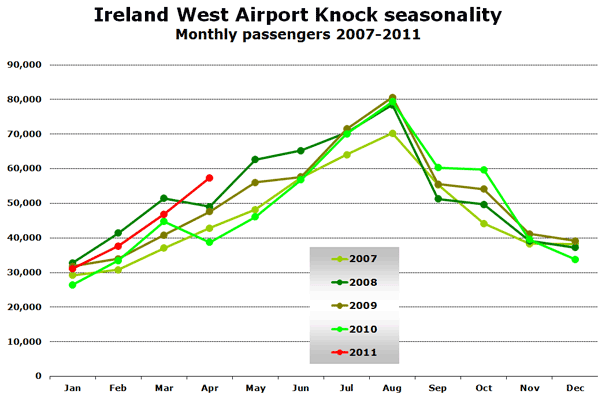 Flights to UK dominate, but PSO route to Dublin to end in July

Services to UK airports dominate with daily flights to several destinations. On 19 April, Flybe began serving Knock for the first time from Edinburgh. During the peak summer period, the service will operate five times weekly. Ryanair is the busiest carrier at the airport operating UK flights to Bristol, East Midlands, Leeds/Bradford, Liverpool, London Luton and London Stansted. Aer Lingus operates daily flights to London Gatwick, while bmibaby currently serves both Birmingham and Manchester. However, the Manchester service will be withdrawn at the end of October.

There has been a domestic route to Dublin operated by Aer Arann. However, this has been run as a PSO (Public Service Obligation) route and the Irish government announced in January that funding for this would end as a result of budget cuts. The last such service will now operate on Thursday 21 July. 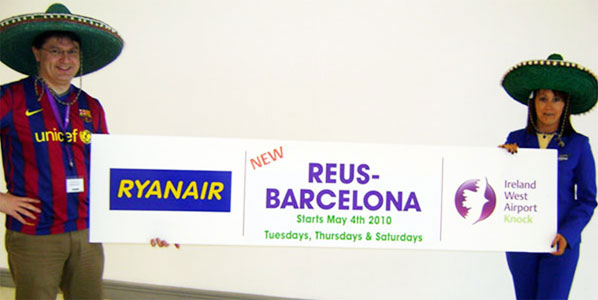 Ryanair started services to Spain in June 2009 with the introduction of flights to Alicante. Faro flights began last March followed by Reus (near Barcelona) in May. This year has seen the addition of three destinations in the Canary Islands; Tenerife Sur (16 February), Gran Canaria (22 February) and Lanzarote (6 April). All three of these new routes are operated weekly, while Alicante, Faro and Reus are served with up to three weekly flights.