18 May: airberlin started Nuremberg-Tivat services, its first route to Montenegro and surprisingly, given the strength of German-Mediterranean tourism, the first time Tivat has been connected with Germany since Montenegro Airlines dropped its Munich and Frankfurt routes in 2009. 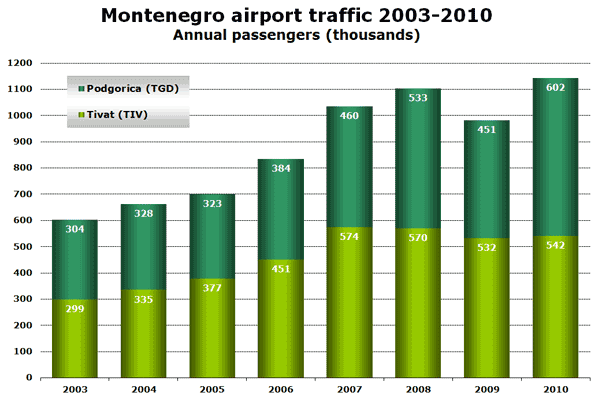 Tivat is closer to the country’s tourism regions and hence the airport’s seasonality profile is more extreme. Despite handling fewer passengers across the year than Podgorica in 2010, during the peak summer months of July and August, Tivat handled almost 50% more passengers than Podgorica. 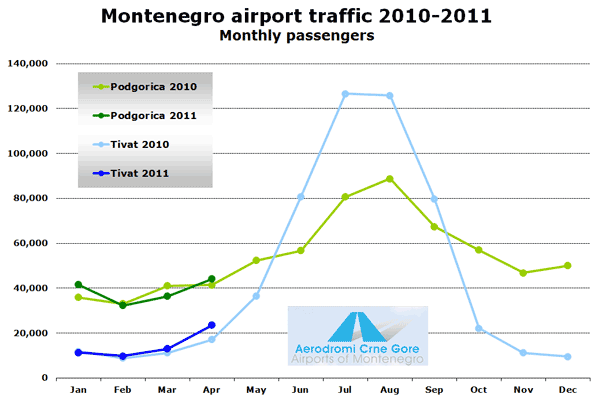 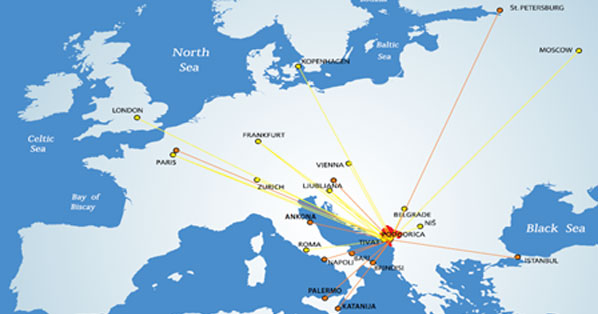 During the last three years, Montenegro Airlines has been replacing its Fokker 100s with Embraer 195s. Currently, the airline operates three E195s with plans in place to acquire a fourth aircraft in 2012 and a fifth in 2013. In April, it was announced that some 630,000 passengers had flown with the airline in 2010, up 20% on the previous year. Turnover was €76 million.

This summer the airline offers the following scheduled services:

The airline also uses its fleet for charter flights, shown in orange in the map. Plans to serve Brussels and Milan appear to be on hold according to airline CEO Zoran Djurisic. “Earlier announced flights to Brussels and Milan are still uncertain. Regardless of the campaign carried out, due to poor booking, the management has decided to reconsider the flights to Brussels and Milan. Passengers are not interested enough for these two destinations. It would be irrational to additionally aggravate financial position of Montenegro Airlines taking into consideration such a small number of passengers being interested.” 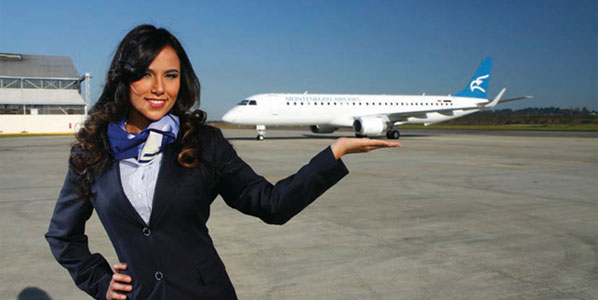 More Embraer 195s will arrive in 2012 and 2013, hopefully increasing the viability Montenegro Airlines admits to struggling with, even on links to some major European cities. (Photo courtesy of exyuaviation.blogspot.com)

New routes started by other airlines in the last year include Turkish Airlines beginning flights from Istanbul to Podgorica last July, and airberlin launching weekly, seasonal flights from Nuremberg to Tivat on 18 May. Jat Airways is the leading foreign carrier with multiple daily flights to Belgrade in Serbia from both Podgorica and Tivat. Other carriers serving Podgorica include Adria Airways (from Ljubljana), Austrian Airlines (from Vienna), Croatia Airlines (from Zagreb), and Malev (from Budapest). Maybe surprisingly, there are currently no scheduled services from Air France, Alitalia, British Airways, Iberia, KLM, Lufthansa or SAS.