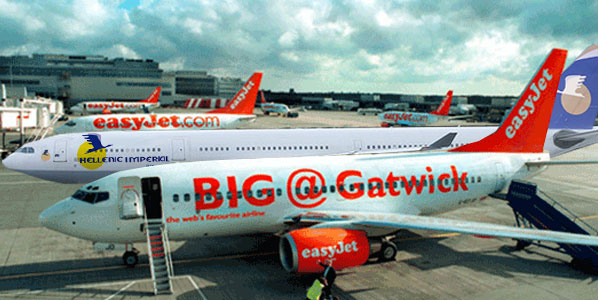 The recent announcement that Greek carrier Hellenic Imperial was planning to start (almost) daily flights from Athens to London Gatwick using an A340 has motivated anna.aero to take a closer look at the history of the UK – Athens air travel market. Traffic levels in 2010 were only slightly above those reported as long ago as 1995 (at around one million annual passengers), although in 2000, traffic peaked at 1.25 million. In 2009, demand almost reached the 1.2 million mark once again before falling away last year, partly as a result of the problems relating to the Greek economy. 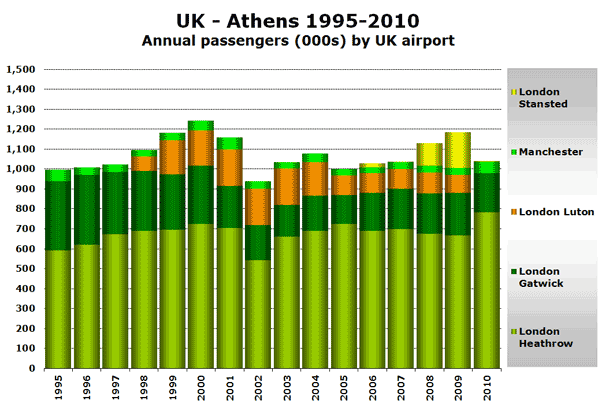 Since 1995, some of the key developments have been:

This summer, the following scheduled flights are currently being offered between Athens and airports in the UK.

On 20 September, easyJet will add three times weekly flights from its base in Edinburgh to Athens.