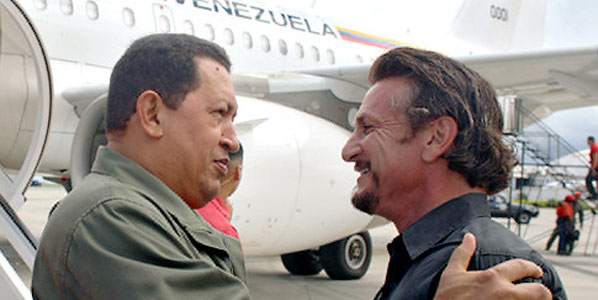 The nation’s leader greets another ordinary American citizen. The US is the largest international market and American Airlines is the biggest carrier operating international flights.

Venezuela has an estimated population of around 29 million people and considerable wealth thanks to its status as one of the world’s key oil producing nations. The country’s main airport, Simón Bolívar International Airport of Maiquetia, is located around 20 kilometres from Caracas and currently handles around nine million passengers per annum, making it one of Latin America’s top 10 busiest airports. According to OAG data, Venezuela has 14 airports with scheduled services, with Caracas airport accounting for around 50% of all scheduled flights and almost 60% of scheduled seat capacity. After Caracas, the country’s next biggest airports are Porlamar (PMV), Barcelona (BLA) and Maracaibo (MAR). 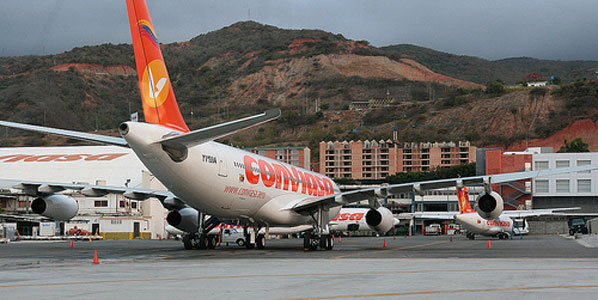 Conviasa began flying in 2003 as a replacement for Viasa (the national flag carrier collapsed in 1997) mainly operates domestic routes, but in the last year has launched services to Buenos Aires, Madrid, Havana and Bogota.

Venezuela has several locally-based airlines, the biggest of which appears to be Aserca, which operates a fleet of over 20 MD80/DC-9 series aircraft, mostly on domestic routes. Conviasa, which began flying in 2003 as a replacement for Viasa (the national flag carrier that collapsed in 1997), has a varied fleet of around 20 aircraft and also operates mostly domestic routes, but in the last year has launched routes to Buenos Aires (May 2010), Madrid (September 2010), Havana (February 2011) and Bogota (April 2011). 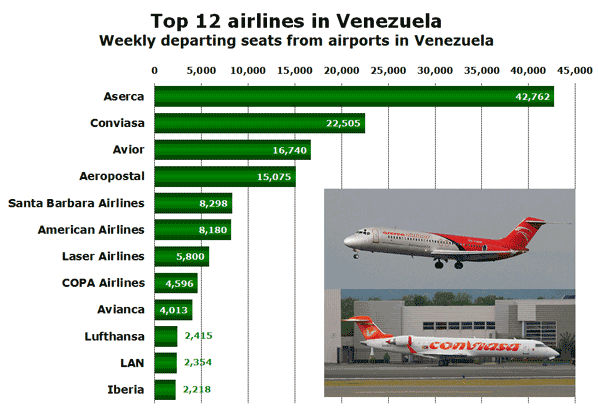 Avior Airlines is another local carrier operating a small fleet of 737-200s, while Aeropostal has a handful of MD80/DC-9s. The average age of aircraft operated by airlines in Venezuela must be at least 20 years.

International non-stop services to 21 countries including five in Europe

The US is the leading international market with flights from Caracas to Atlanta (Delta), Dallas/Ft Worth (American), Houston (Continental), Miami (American with four daily flights, LAN and Santa Barbara Airlines) and New York (American Airlines). Not surprisingly, Miami is the leading international destination in terms of weekly seat capacity (ahead of Panama City and Madrid), and American Airlines is the biggest carrier operating international flights to Venezuela (ahead of Santa Barbara Airlines). The country is also connected to Canada thanks to three weekly flights with Air Canada to Toronto.

Non-stop flights to and from Europe are offered to Madrid (by Air Europa, Conviasa, Iberia and Santa Barbara Airlines), Frankfurt (daily with Lufthansa), Paris (daily with Air France), Rome (daily with Alitalia) and three destinations in Portugal (all operated by TAP). There are currently no direct flights between the UK and Venezuela. 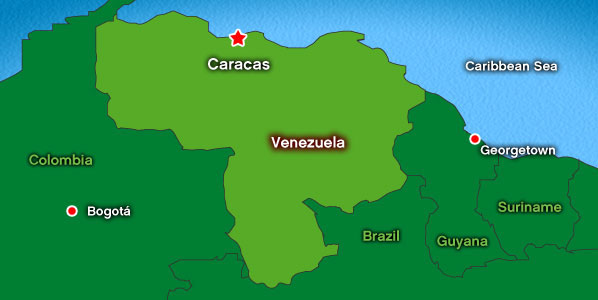