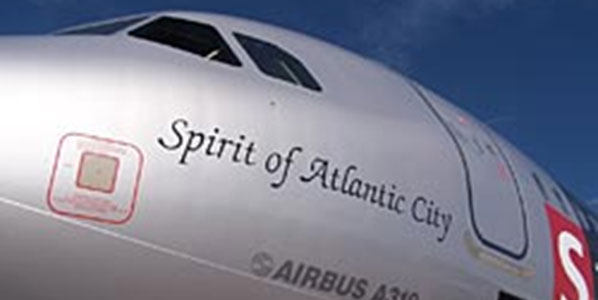 That’s the Spirit! Fares from Atlantic City in New Jersey fell by 18% to just $156 becoming the lowest in the US, thanks in part to new Detroit services by Spirit Airlines which started operating daily in May 2010.

According to the US Bureau of Transportation Statistics average domestic itinerary air fares rose 5.2% between the fourth quarter of 2009 and the fourth quarter of 2010. Despite this, average itinerary fares have still fallen by 1% between Q4 2001 and Q4 2010 from $340 to $337. Although average fares during the last year rose at a majority of airports, at some they actually declined. 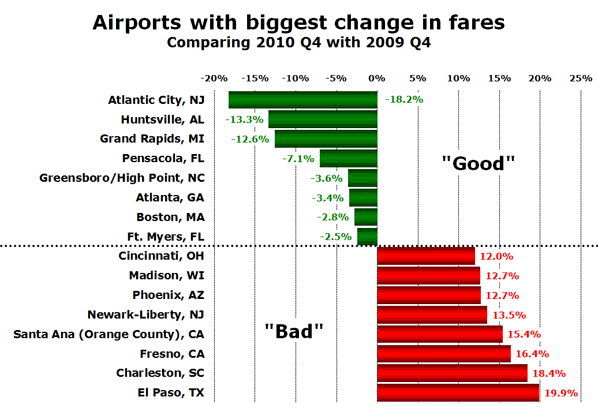 Leading the way was Atlantic City in New Jersey where average fares fell by 18% to just $156 (the lowest anywhere in the US) thanks in part to new services during the last year from Spirit Airlines to Detroit, which started operating daily on 21 May 2010. Most of the airports with reduced fares are relatively small, making the performance of Atlanta (home of AirTran, now part of Southwest) and Boston (home to jetBlue) all the more impressive.

At the other end of the rankings is El Paso in Texas, which saw average itinerary fares rise almost 20% from $305 to $365. Despite this passenger numbers remained virtually unchanged at just over three million for the year. Surprisingly, Southwest is the biggest carrier at the airport accounting for around three-fifths of capacity and serving nine destinations non-stop.

Second ‘worst’ Charleston in South Carolina should hopefully be appearing in the top half of this graph next year thanks to Southwest making it a base in March and launching flights to four destinations. 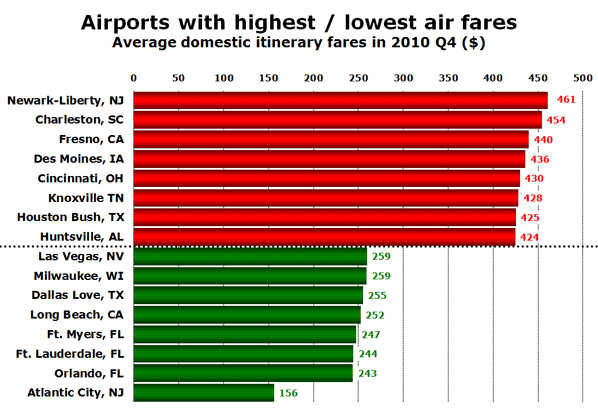 Apart from already mentioned Atlantic City, the next three cheapest airports in terms of average fares are all in Florida. Southwest’s major networks also help Dallas Love Field and Las Vegas to be among the country’s cheapest airports for air travellers.

What are these fare figures do not take into account is how far passengers travelled on their domestic flights. This may vary significantly across airports and distort the results to some extent.

US air fares US airports