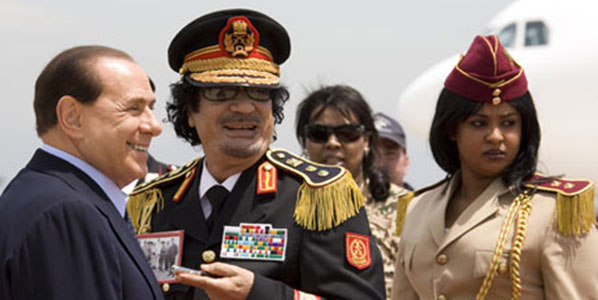 The effect of the Libyan conflict on Italian airports: Palermo is growing fast in part due to the shift of Ryanair services away from Trapani, another Sicilian airport, which has been taken over by NATO for Libyan operations. Some Trapani routes which operated to Palermo March-May have now either returned to Trapani (Girona, Madrid, Rome, Stockholm) or, in the case of Bari and Pescara, have been cancelled. 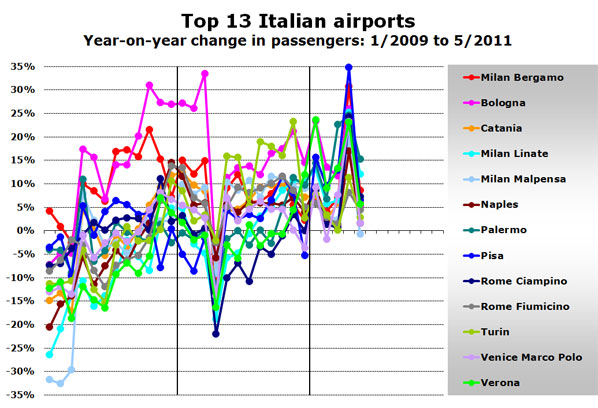 Although not a Ryanair base, the Irish carrier has developed its presence at the airport significantly since the end of last summer, increasing its network from just two domestic routes (Milan Bergamo, Pisa) to 11. Since the end of October it has launched nine routes at the airport (three domestic and six international) which are summarised in the table below. Seasonal London Stansted services have also been re-started.

When anna.aero interrogated the Ryanair booking tool earlier in the week for flights from Palermo the following additional ‘routes’ were also listed and displayed on the airline’s route map; Bari, Girona, Madrid, Pescara, Rome Ciampino and Stockholm Skavsta. However, this is a legacy of when flights were diverted from Trapani  when the airport was being used by NATO for its operations in Libya.

Palermo has also succeeded in attracting new seasonal Lufthansa services from Frankfurt and Munich. Maybe surprisingly Lufthansa’s low-cost subsidiary germanwings does not serve the airport. However, airberlin does fly from Cologne/Bonn, Munich and Stuttgart in Germany as well as Zurich in Switzerland. 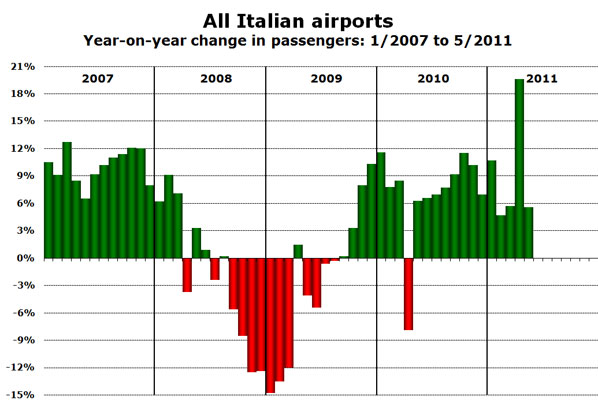 For the last 18 months Italian airport traffic growth has typically averaged between 6% and 9%, with the exception of the last two Aprils.