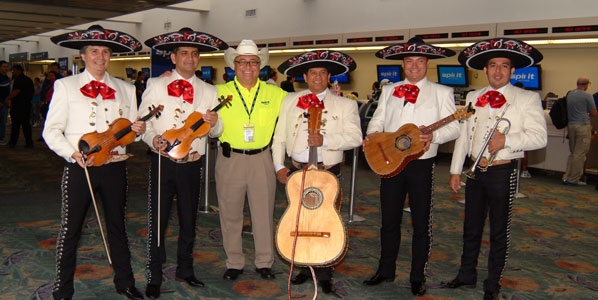 Mexico’s domestic market continues to evolve and adjust to the loss last August of Mexicana and its various subsidiaries. Domestic traffic was down 4.2% in March but up 1.7% in April with airlines carrying over two million passengers in both months. Interjet, which had less than 6% of the market in early 2007 has now emerged as the single biggest domestic airline with a current passenger market share of around 25%. 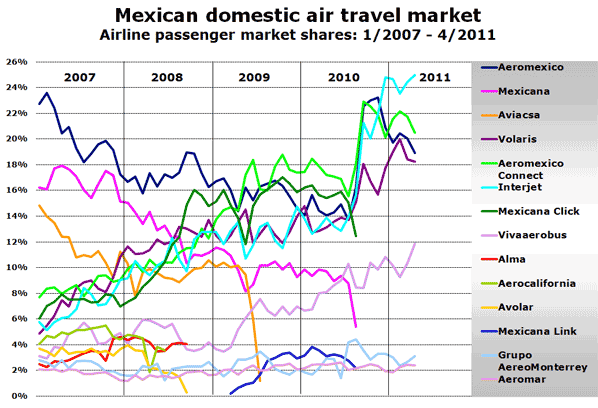 However, AeroMexico and AeroMexico Connect combined still have about 40% of the domestic market, followed by Volaris (18%) and vivaaerobus (12%). The planned re-launch of Aviacsa (which had ceased operating in July 2009), failed to materialise (no doubt to the relief of all other carriers) while rumours of plans to resurrect Mexicana in some shape or form refuse to go away. 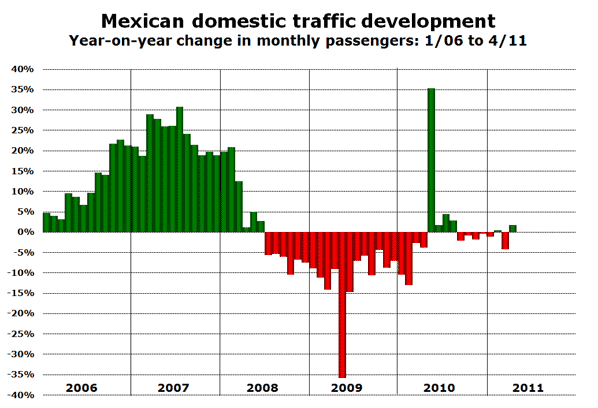 However, traffic data suggests that the market does not appear to need additional carriers as the existing carriers have successfully taken up the slack created by Mexicana’s demise.

International traffic up in March and April

After falling between 3% and 5% during the winter months, international traffic to and from Mexico was up 1.0% in March and 5.5% in April. 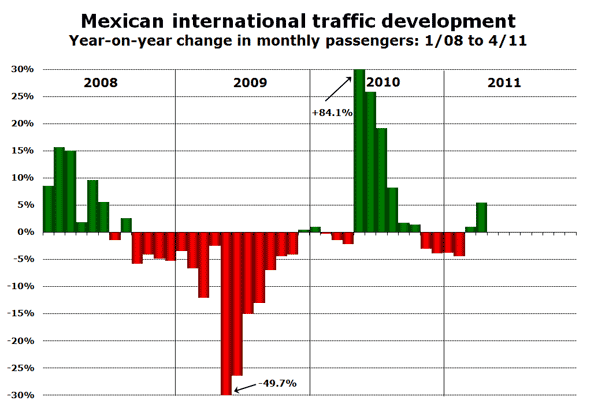 Since the beginning of May new international services have been started by: