So, what’s GOL doing in GOT? 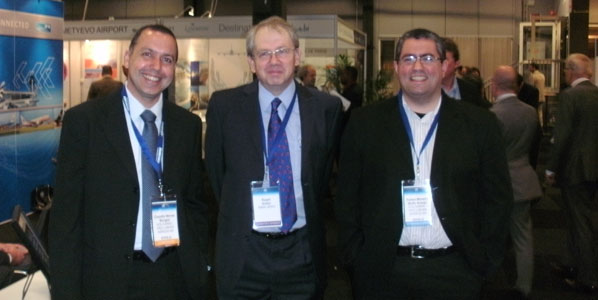 GOL spends most of its time trying to avoid slot-constrained airports but anna.aero found the Brazilian low-cost airline keen to quickly learn about the process when Ralph Anker talked to Claudio Neves Borges, GOL’s Schedule and Route Manager at the IATA 128th Schedules Conference in Gothenburg last week:

anna.aero: Hello Claudio, what are you doing here?

Neves Borges: The main airports in Brazil are becoming more and more constrained and will be even more so during the 2014 FIFA World Cup and the 2016 Rio Olympics.

anna.aero: Are there any other particular threats?

Neves Borges: Well, we are number two at São Paulo Guarulhos after TAM and we want to protect that position.

anna.aero: And you know what to do about that?

Neves Borges: (with some comment by Araujo): “Well, we’re keen to learn more about the slot coordination process, that’s why we came to Gothenburg, but they need to resolve some issues back home too – São Paulo Guarulhos is a Level 2 airport, but it is so constrained, it OBVIOUSLY needs to be Level 3 coordinated!”

anna.aero: How unusual, OBVIOUSLY it does!