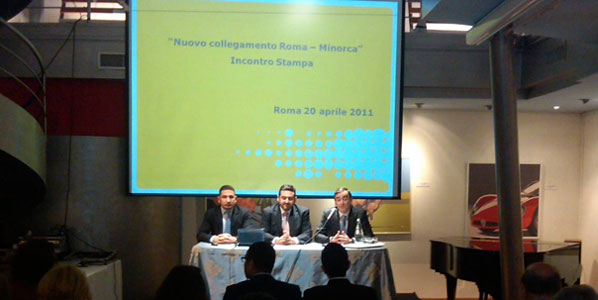 A press conference was held in Rome due to Vueling’s ninth route to the Italian capital, from the island of Menorca. Speaking to the gathered press were Massimo Di Perna, Vueling’s Country Manager Italy; Alex Cruz, Vueling’s CEO; and Sergio Berlenghi, Responsible for Commercial Aviation at ADR (Rome Airports).