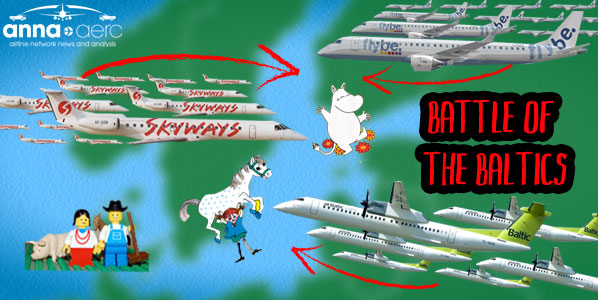 Three groups are positioning for command of some 30 million mobile Baltic/Nordic consumers.

Last week’s announcement that Flybe and Finnair are forming a joint venture – Flybe Nordic – to take control of the regional carrier Finncomm Airlines is the latest development which indicates that three groups are positioning to command control over the valuable and under-exploited regional markets surrounding Northern Europe’s Baltic Sea.

Aside from the new Finnair-Flybe joint venture, airBaltic has expanded into all of the Baltic states and Finland. Meanwhile, the Ukrainian oligarch Igor Kolomoisky, who already owns Aerosvit, Dniproavia and Donbassaero in the Ukraine, has been shopping for airlines in Scandinavia, buying Skyways and City Airline in Sweden, and his Cypriot holding company now also is in the process of taking a stake in Denmark’s Cimber Sterling.

At first sight, Finncomm looks like a safe, unexotic adventure for Flybe – and indeed the unexciting staple diet of Finnish domestic services may be just what it needs to support the venture’s declared international expansion into Sweden, Denmark, Estonia and Latvia.

Last year, Finncomm carried around 900,000 passengers, about 60% of which flew on its own network of mostly Finnish domestic routes, with the remainder flying on services operated by the airline on behalf of Finnair. The only international services in the airline’s own network are daily flights to Gdansk in northern Poland, launched at the start of the current summer season, and 11 weekly flights to Norrköping in eastern Sweden, which it began operating in August 2009. It also operates a handful of international destinations as Finnair franchises, including Bucharest, Stuttgart, Tallinn, Riga and Vilnius.

Besides the international expansion, Finnair no doubt hopes that Flybe can use its expertise to reinvigorate the Finnish domestic market – possibly before one of the other competitive groups realises the potential for lateral thinking. Despite its non-central position in the country, almost all domestic flights are to and from Helsinki, making intra-regional Finnish air travel somewhat challenging and time-consuming.

And Finland’s domestic scene certainly needs this shake-up. According to Finavia statistics, the Finnish domestic air travel market has been declining steadily since 2007. That year, the market comprised almost 2.9 million passengers, but this has fallen by over 20% in just three years to just over 2.2 million in 2010. In fact, domestic passenger numbers peaked at just over three million way back in 2000. 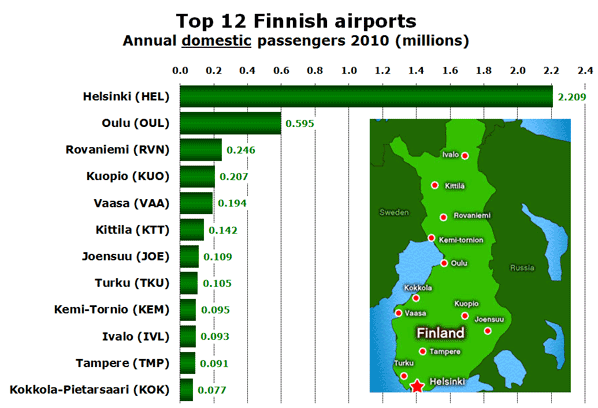 Indeed, Flybe’s low-cost point-to-point expertise was highlighted as the new joint venture was announced. Although the new Flybe Nordic’s winter 2011 schedule will not be revealed until mid-August, it has been made clear that the new airline’s network will be more than Helsinki feed to Finnair’s services. 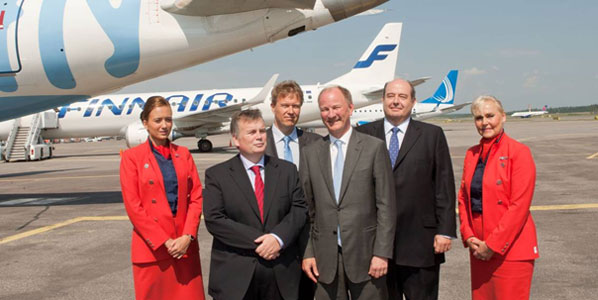