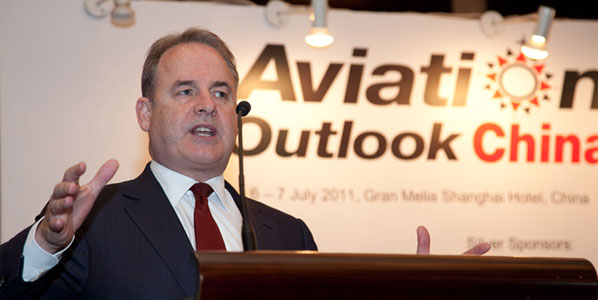 This week has seen the announcement by two major airlines of new long-haul services to regional airports in China. On Tuesday, Finnair revealed its intention to begin flying from Helsinki to Chongqing (CKG) – considered to be China’s largest city – starting next May, operating an A340-300 four times weekly. Last year, Chongqing Airport handled 15.8 million passengers, an increase of 12.6% on the previous year. Currently, Chongqing’s only international services are limited to Hong Kong, Korea, Singapore, Taiwan, Thailand and Vietnam.

The same day, Etihad announced that Chengdu (CTU) would become its 69th destination with four weekly flights (subject to regulatory approval) starting in mid-December using an A330-200. Chengdu Airport handled 25.8 million passengers in 2010, making it China’s sixth busiest airport. Passenger numbers were up 13.8% on 2009. Chengdu’s highest-profile long-haul route is its four-times weekly service to Amsterdam operated by KLM, which was launched back in May 2006. 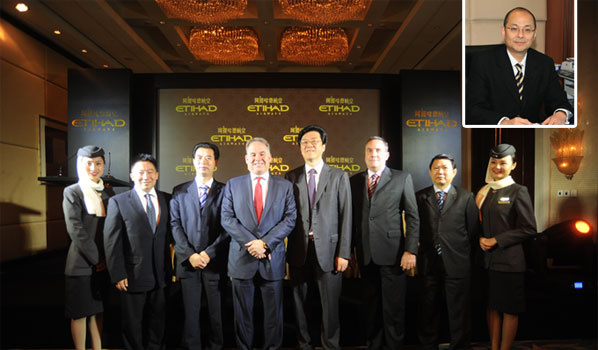 Etihad’s Hogan at this week’s Sichuan announcement. Li Wei, Chairman of Sichuan Airport Group (inset) said: “We are glad to see Etihad starting a direct service from Chengdu to Abu Dhabi, and we look forward to having more airlines here.”

What they said (Finnair)

“China is a key part of our Europe-Asia strategy. Western China is an important growth area, and the new route will strengthen our market share in the growing Asian markets. In addition to Chongqing, Finnair flies to Beijing, Shanghai and to Hong Kong with a total of 26 weekly flights,” said Mika Vehviläinen, President and CEO of Finnair. “Our co-operation with the Chongqing authorities and the local airport has been very good when planning this new route, and we are very grateful for the assistance that we have received during our preparations. The smooth co-operation has accelerated the route planning process, which is very important in this rapidly changing business,” Vehviläinen adds.

What they said (Etihad / Chengdu Airport)

Chief Executive Officer James Hogan said the airline’s new Abu Dhabi-Chengdu service would provide the first ever flight link between the United Arab Emirates and Sichuan province. “The new Chengdu services will connect the UAE with the economic centre and transportation and communication hub of China’s booming southwest region. This will further stimulate the growth of commerce and trade between the UAE and China, already the UAE’s third largest trading partner. It will also provide a new, more convenient gateway into southwest China for business and leisure travellers from Europe and the Middle East and a faster, new route to Europe and the Middle East for the rapidly growing Chinese outbound travel market. With the purchasing power of the Chinese consumer rising in synch with annual GDP growth of 7.5 per cent to 2030, the Chinese travel market has enormous latent potential. The new service will position Etihad strongly to grow its services to daily and beyond.”

Chairman of Sichuan Airport Group Mr Li Wei said: “Chengdu Shuangliu International Airport has been focusing on the construction of infrastructure, the soft environment and consistent improvement of service levels. Etihad Airways is a reputable and well-established airline. We are glad to see Etihad starting a direct service from Chengdu to Abu Dhabi, and we look forward to having more airlines here. We are dedicated to building Chengdu Shuangliu International Airport as the international gateway to central and western China, and the fourth largest air transport hub in China,” Mr Li added.