October 2009 – airberlin proves the old maxim that competition really does stimulate demand by taking on Lufthansa on the Frankfurt-Hamburg route, previously, one of Europe’s biggest monopolies. Last year demand surged by 23%!

Last year the German domestic air travel market grew by a modest 2% compared with over 5% for international traffic. The ranking of the top 10 domestic airport-pairs remained unchanged with six of the 10 reporting growth, while four routes showed modest declines in demand. 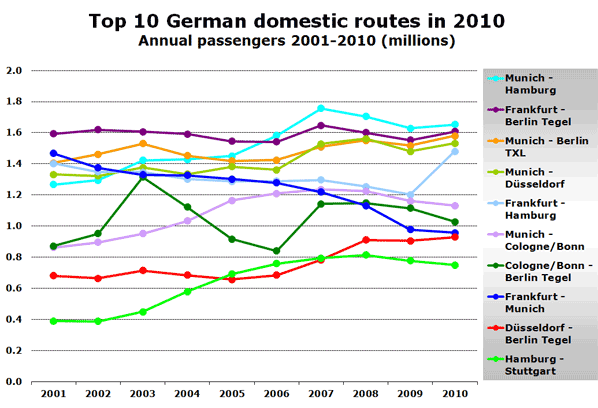 The biggest change was on the Frankfurt – Hamburg route where demand surged by 23% last year, though the route remained in fourth place. Having for many years been a Lufthansa monopoly, airberlin finally entered the market at the end of October 2009 with up to five daily flights. In response Lufthansa increased capacity by over 15% and average fares (presumably) fell in 2010, proving that even the business-orientated German domestic market can be stimulated by lower fares.

Despite the introduction of an €8 ‘eco-tax’ on both sectors of domestic flights since the beginning of January, domestic air travel in Germany has actually increased year-on-year in four of the first five months of 2011 (March being the exception). 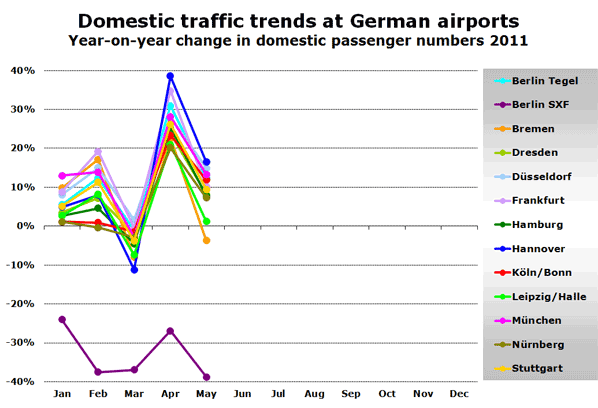 Among those airports handling at least 50,000 domestic passengers per month one has suffered more than all others in 2011. Berlin Schönefeld has seen domestic traffic fall by between 20% and 40% in every month so far this year. Ryanair has dropped all three of its domestic routes from the airport (to Bremen, Frankfurt Hahn and Weeze – all of which were served at least twice daily), while germanwings has suspended its service to Zweibrücken. Its services to Cologne/Bonn, Munich and Stuttgart continue to operate.

According to anna.aero’s new route database the only new domestic services started in Germany in 2011 so far are by Lufthansa from Frankfurt to Rostock and Sylt, both of which are summer seasonal services and are being operated just twice per week. 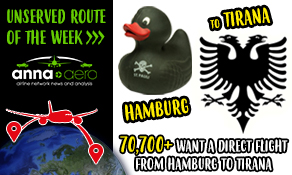 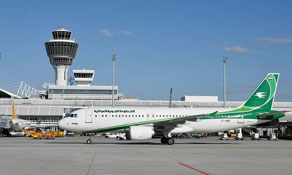 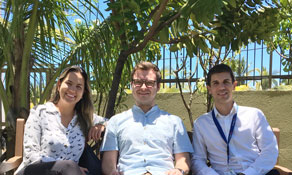