The next new Indian airport: New domestic and (later on) international terminals at the Chennai Airport designed by Schwartz, Gensler and the Creative Group are currently under construction (don’t you just love those cars – the Hindustan Ambassador, in production since 1948).

Chennai, in south-east India, is home to India’s third busiest airport (after Delhi and Mumbai). In the 12 month period April 2010 to March 2011 Chennai International Airport handled just over 12 million passengers. Although the airport only ranks fifth among Indian airports for the number of domestic passengers, it ranks a clear third for international passengers (which represent just over one-third of the airport’s traffic), resulting in its third place ranking overall. 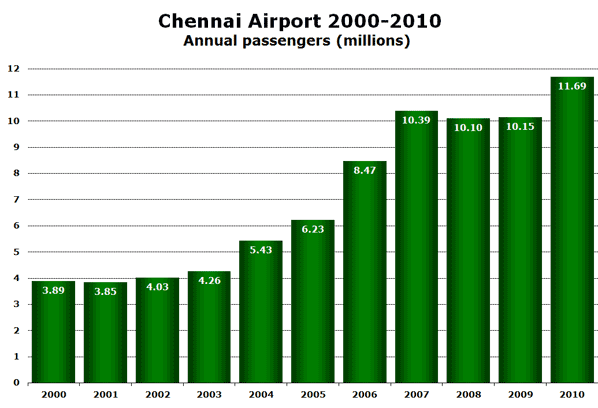 Jet Airways leading carrier with one in four seats

Jet Airways is by some way the leading airline at the airport with over one-quarter of all flights and seats flown. Air India is just holding off Indigo for second place (based on seats), though Kingfisher ranks second for flights because of its mix of ATRs and Airbus operations. 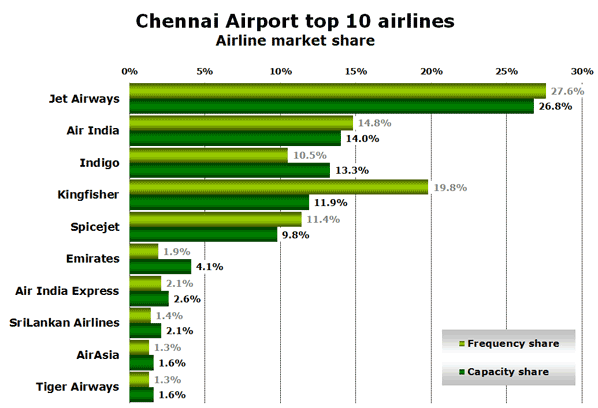 There are over 100 weekly departures to Bengaluru, Delhi, Hyderabad and Mumbai, with Air India, Indigo, Jet Airways, Kingfisher and Spicejet each offering daily flights on each of these routes. 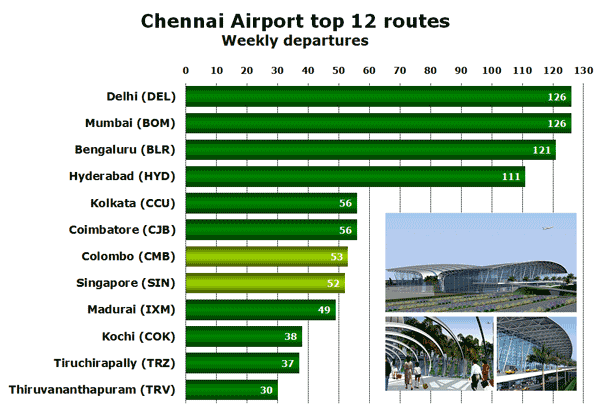