germanwings operating 17 non-stop routes from Berlin this summer including Maastricht; 11 routes dropped since 2005 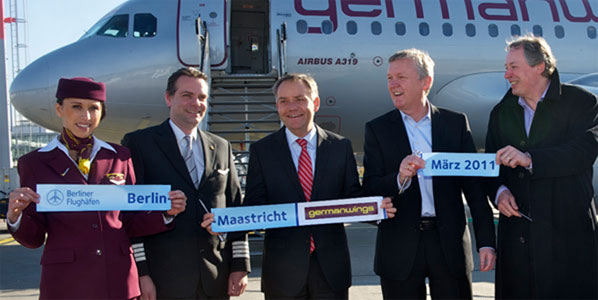 Berlin Schönefeld (SXF) became germanwings’ third German base in June 2005 (after Cologne/Bonn in October 2002 and Stuttgart in September 2003) when it launched 10 routes from the airport, four domestic and six international. Since then, only two of the original routes have been dropped (Ankara and Düsseldorf), while a further 18 destinations have been tried, in some cases just for a single season. This summer, germanwings is offering non-stop flights to 17 destinations from SXF, the same number it was offering back in the summer of 2007. 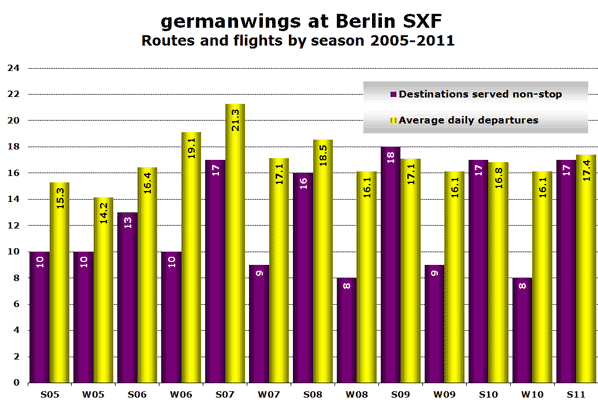 Apart from Ankara and Düsseldorf, nine other routes have not stood the test of time and are no longer operated by germanwings from Berlin. These are Balaton (Hungary), Bourgas (Bulgaria), Ibiza (Spain), Kavala (Greece), Mykonos (Greece), Oslo (Norway), St Petersburg (Russia), Varna (Bulgaria) and Zweibrücken (Germany). With the exception of Zweibrücken, which was served double-daily between September 2006 and October 2010, the other eight routes were all served with no more than three weekly flights.

The three remaining domestic routes to Cologne/Bonn, Stuttgart and Munich still account for 60% of the airline’s flights from the airport.

The only new route started since weekly flights to Bastia, Dubrovnik, Pristina, Pula and Zadar were introduced in the summer of 2009 is a twice-daily service to Maastricht in the Netherlands, which began this summer season. Relatively close to the German border, but spared the €8 German government imposed ‘eco-tax’, germanwings has used the axing of the Zweibrücken route to try this market. The only other international routes which come close to being served daily year-round are Stockholm Arlanda and Moscow Vnukovo. Although the airline’s three German routes account for 60% of flights, the country with the most destinations is Croatia, with five. 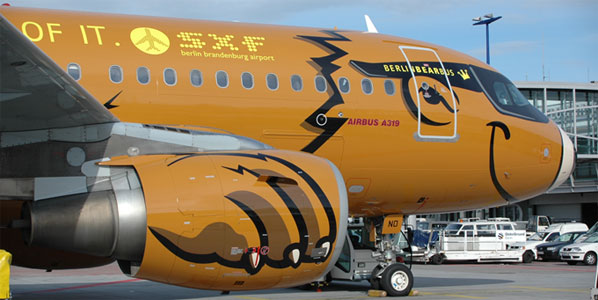 Limited overlap with easyJet: The biggest airline at Berlin Schönefeld is easyJet, which operates around twice as many flights as germanwings to a network of 33 destinations this summer. The only destinations on which the two airlines compete head-to-head are Dubrovnik, Heraklion and Split. (OK, we know the "Bearbus" left the germanwings fleet in January 2011 – please don’t write in.)