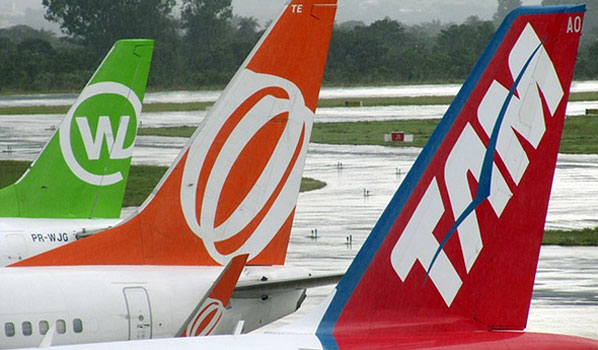 GOL/Varig’s move to acquire webjet could be seen as an attempt to leapfrog TAM and become the leading domestic airline in Brazil.|Great photo by Victor Silva

When anna.aero profiled webjet back in January 2010 it had seen its share of the Brazilian domestic market (as measured by RPKs) climb from 1.5% in January 2008 to 5.6% in December 2009. Since then it has seen its market share stay relatively stable at around 6%, though last July it was overtaken by Azul, and thus is now only the fourth biggest domestic airline in Brazil.

The decision by GOL/Varig (announced this week) to acquire webjet could be seen as an attempt to leapfrog TAM and become the leading domestic airline in Brazil. However, data from the Brazilian civil aviation authority (ANAC) shows that in April and May TAM had a 10 percentage point lead over GOL, indicating that the acquisition will leave GOL in second place, but will now make Azul around three times larger than the fourth and fifth ranked airlines. 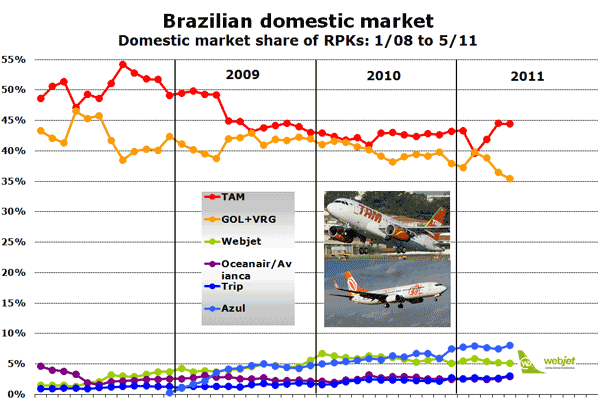 According to OAG data for July the airline operates domestic flights from 16 airports with over 150 weekly departures from both Sao Paulo Guarulhos (GRU) and Belo Horizonte (CNF) airports. It also operates between 70 and 120 weekly departures from seven other airports. In terms of destinations served non-stop Belo Horizonte is the airline’s number one airport with 12. Just over 40 airport-pairs are served with all bar four routes operated with at least daily flights.