“Asia’s most refreshing airline.” Zest Air’s President and CEO, Alfred M Yao, also owns a drinks company called the Zest-O Corporation. He’s not the first to go from a mass market product to the airline business (Virgin, Kingfisher, etc) nor face the inevitable risks of parallels with a clientele so easily pleased with a sugary beverage.

Philippine carrier Zest Air can trace its origins back to 1995, but the name “Zest Air” was only introduced in late 2008. The airline’s President and CEO, Alfred M Yao, also owns a drinks company called the Zest-O Corporation. The airline’s fleet consists of five A320s, one A319 and three MA-60 turboprops. Two further A320s will join the fleet, one at the end of July and one at the end of August. The airline carried 1.33 million passengers in 2010, and according to the airline hopes to almost double that to around 2.5 million this year. The carrier’s network is based at Manila’s main airport from where it serves 20 domestic destinations this summer. The latest destination to be served is Cagayan de Oro. Daily flights began on 8 July with frequency doubling from 25 September. 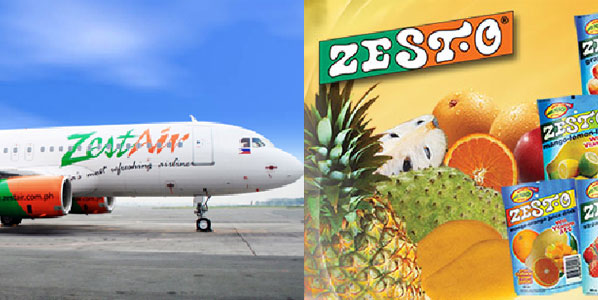 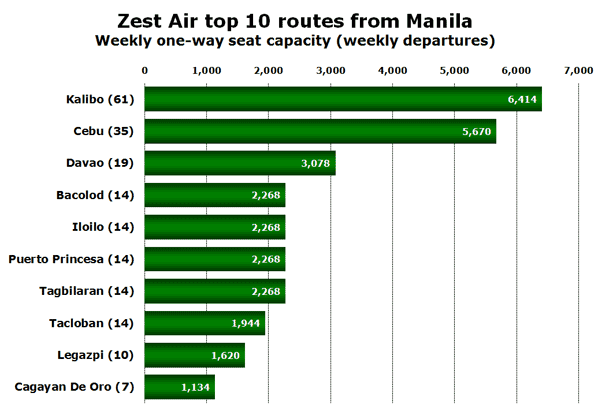 The busiest route for Zest Air is to Kalibo with over 60 weekly departures followed by Cebu, which is served with five daily flights. Competition on both of these routes is provided by Air Philippines, Cebu Pacific and Philippine Airlines. On the Kalibo route Zest Air offers the most capacity but on the Cebu route it has only a 16% share of capacity, with Cebu Pacific offering twice as many weekly flights.

New international routes start this week to Shanghai and Taipei 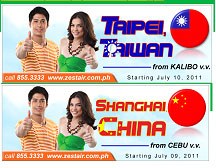 According to the airline’s current schedule it will be operating seven international routes by the end of the month, five from Kalibo and two from Cebu. From Kalibo there are flights to Chengdu (China), Pusan (Korea), Seoul Incheon (Korea), Shanghai (China) and Taipei (Taiwan), while from Cebu there are direct flights to Seoul Incheon (Korea) and Shanghai (China). The routes from Kalibo to Chengdu and Taipei, and from Cebu to Shanghai were launched during the last week. The two new routes from Kalibo are charter flights and operate every four days; Chengdu until 24 August and Taipei until 30 October.