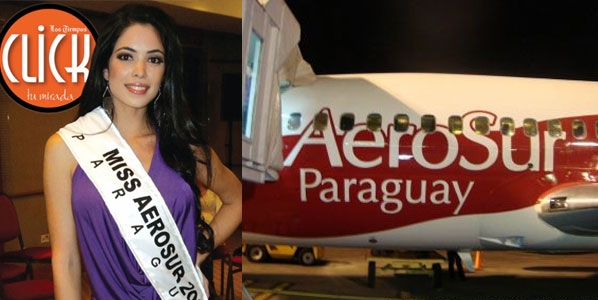 Paraguay can in some ways be considered as the Finland of South America. Although around 20% bigger than the Nordic state its low population density of around 16 people per square kilometre is almost identical (and similar to New Zealand). However, while Finland’s airports handled over 16 million passengers in 2010, Paraguay’s two commercial airports handled less than one million. This year the country, with a population of around 6.5 million people, is celebrating 200 years of independence, having been run by the Spanish until 1811. 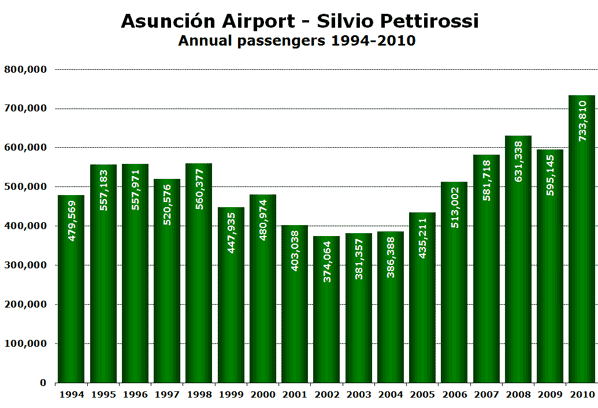 Silvio Pettirossi International Airport (named after a famous local aviator) which serves the capital of Asunción recorded a record number of passengers in 2010 with traffic up 23% and breaking through the 700,000 mark for the first time. In the last six years passenger numbers have almost doubled. 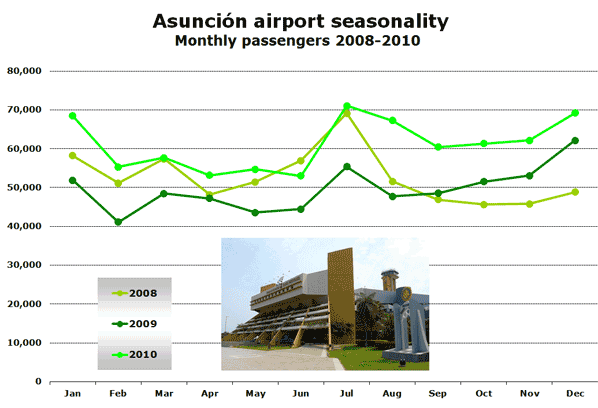 Passenger numbers peak in July and around the turn of the year.

Other carriers serving the Asunción market are:

In mid-December Copa Airlines will begin non-stop flights from Panama City, operated four times weekly with 737-700s. According to several sources it seems that Iberia may re-start services to Asunción from Madrid next February. It already serves several destinations non-stop in South America including Bogota, Lima, Montevideo, Rio De Janeiro and Sao Paulo. 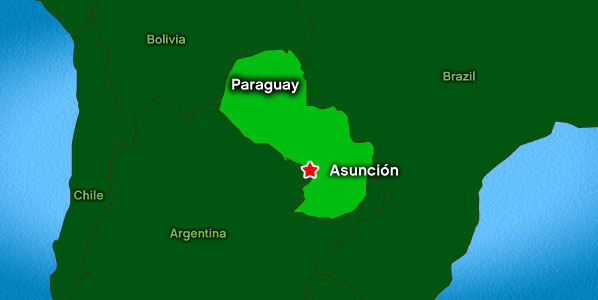