Passengers departing Honolulu on Hawaiian Airlines’ first flight to Osaka were presented fresh flower leis to the sound of Hawaiian music. The 767-300ER then arrived at the characteristic Kansai Airport artificial island. The Hawaiian theme continued traditional Hawaiian music and dancing livened up the check-in area at Osaka Kansai. As passengers checked-in, they were greeted with leis. In an event at the gate, Shinichi Fukushima, president of Kansai International Airport Co., received a Hawaiian Airlines aircraft model from the airline’s president and CEO Mark Dunkerley. The flight was then traditionally blessed by a Hawaiian priest. 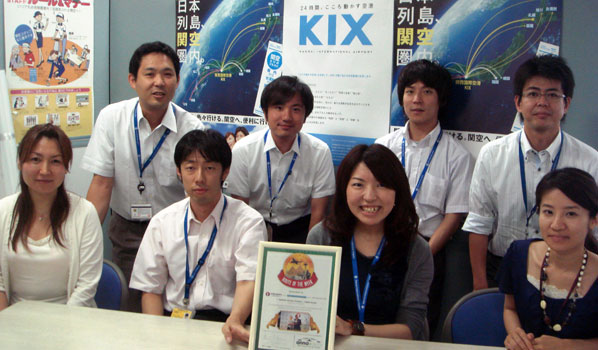