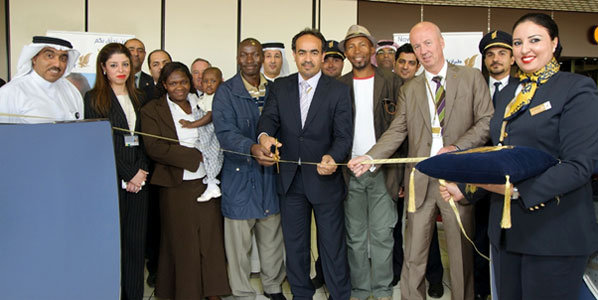 The most recent airline to enter the Kenyan market is Gulf Air, which at the beginning of this month relaunched its route between Bahrain and Nairobi that last was operated in 2002-2003.

Located on Africa’s east coast, Kenya is roughly the same size as mainland France and has an estimated population of just over 40 million. Famous for its tea, coffee, flowers and athletes, tourism plays a key role in the country’s economy thanks to the many national parks, game reserves and beaches along the Indian Ocean.

According to OAG data, Kenya has 19 airports with scheduled flights, although 14 of these only offer domestic destinations. Nairobi’s Jomo Kenyatta International Airport (JKIA) is the dominant airport in the country, accounting for over 70% of all seat capacity. According to data published by the Kenya Airports Authority, the airport handled almost 5.5 million passengers last year, up 8% versus 2009. Over 80% of the airport’s traffic is on international services. The country’s second-busiest airport at Mombasa saw passenger numbers rise by 14% last year to almost 1.3 million. The recent resumption of Gulf Air services from Bahrain means that 38 airlines now serve Kenya’s main airport. Analysis of OAG data for July 2010 and July 2011 shows that seat capacity at JKIA is up 9% this summer, while the number of movements is up 13%. 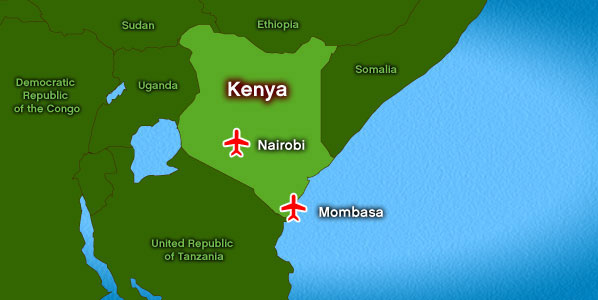 Kenya’s domestic air travel market features eight separate airlines offering scheduled services. The biggest in terms of weekly seats is Kenya Airways, which only operates three domestic routes from JKIA, but this includes up to 11 daily flights to Mombasa. 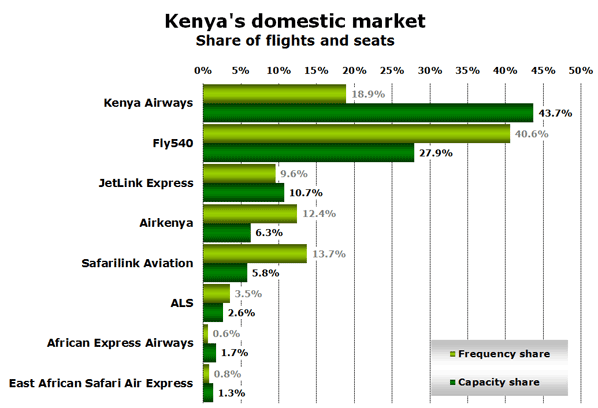 Fly540 offers less seat capacity but operates 20 domestic routes and more than twice as many domestic flights. It offers up to five flights per day between Nairobi and Mombasa. In fact, over 40% of the country’s domestic seat capacity is allocated to this one route between the country’s two most important cities.

Fourth and fifth ranked Airkenya and Safarilink Aviation both operate from Nairobi’s Wilson Airport, which is just five kilometres from the city but has a relatively short runway.

Kenya’s airports (mostly Nairobi) offer non-stop scheduled flights to 45 countries according to latest OAG data. Leading the way by some distance in terms of weekly seat capacity is neighbouring Tanzania, which generates over 150 weekly departing flights, not just from Nairobi but also Mombasa, Wilson and Kisumu. 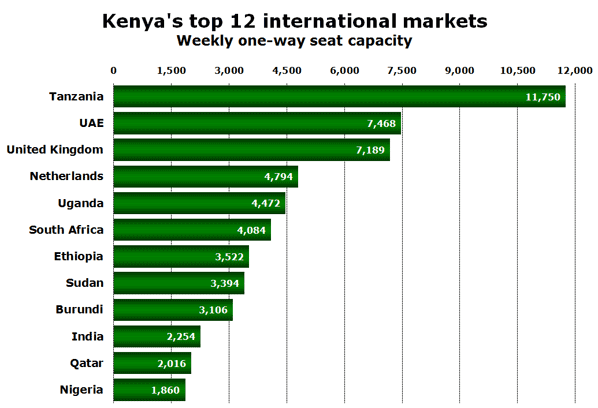 Second-ranked UAE is served with just 34 weekly flights, dominated by twice-daily Emirates flights to Dubai, but also daily flights with Air Arabia to Sharjah. The Middle East market is also served by Qatar Airways (double-daily to Doha), Saudi Arabian Airlines, and since the beginning of July, Gulf Air to Bahrain.

Each daily services operated by British Airways, Kenya Airways and Virgin Atlantic to London’s Heathrow Airport help the UK market rank third. Kenya only gained its independence from Great Britain in 1963. Passengers to and from the UK peaked in 2007 at almost 650,000 (Source: UK CAA) before falling dramatically by 23% the following year as a result of the political unrest in Kenya during the first quarter of 2008. For the last two years, the UK market has been relatively stable at around 550,00 annual passengers.

SkyTeam member Kenya Airways (slogan ‘The Pride of Africa’) has around 45% of the international market, and is currently flying non-stop to 39 international destinations in 33 countries from Nairobi. Its most recent route launch was last week to Ouagadougou, the capital of Burkina Faso, which it will serve twice weekly (Monday and Friday) via Cotonou (Benin) using a 737-700. The airline has stated that it plans to serve every capital city in Africa by 2013. In June, the carrier took delivery of its second E-190 regional jet, raising its fleet size to 32 (15 737s, six 767s, four 777s, five E-170s and two E-190s).

The next biggest airlines operating international services in Kenya are Ethiopian Airlines and Tanzania’s Precisionair, followed by Emirates.

Brussels Airlines, KLM and Swiss present; but not Air France or Lufthansa 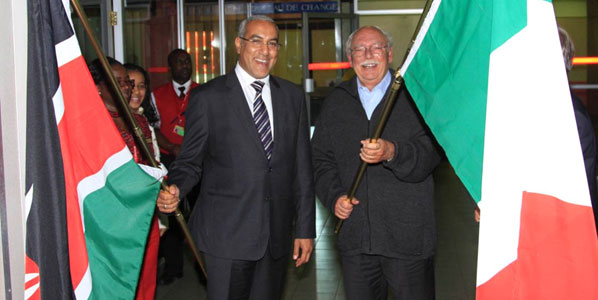 Kenya Airways’ most recent European route was its flights to Rome Fiumicino that launched last December. The airline has around 45% of the international market out of Kenya and ambitious plans to serve every capital city in Africa by 2013.