Chinese domestic air travel growth up 13% in May; international traffic up just 15% versus 2007 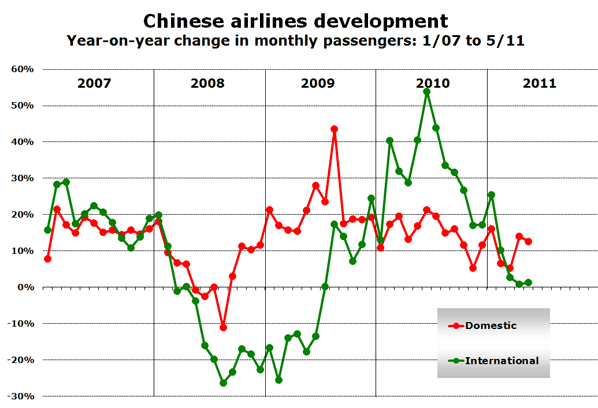 Since the beginning of May, a number of new long-haul international services to and from China have been introduced:

Other long-haul international routes to China announced recently include: